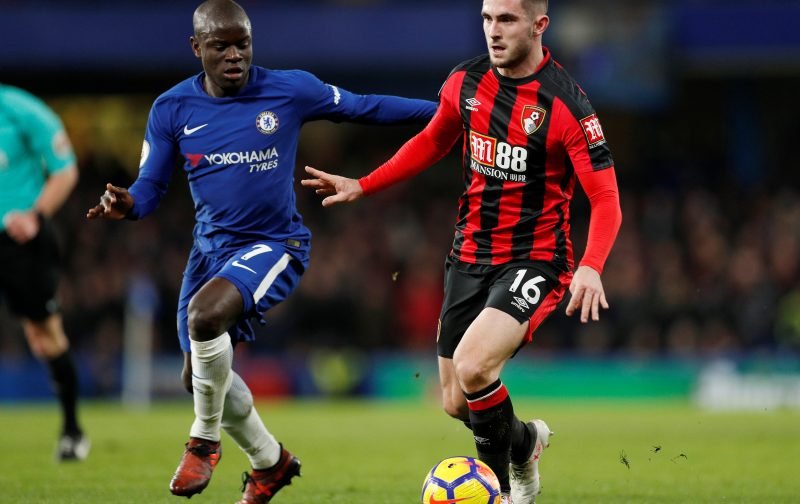 AFC Bournemouth head coach Scott Parker has confirmed that Steve Cook will remain as the club’s captain for the 2021/22 campaign, with Lloyd Kelly continuing to wear the captain’s armband when Steve Cook is not selected.

Cook injured his knee in May and missed AFC Bournemouth’s pre-season schedule as he continued to work on his own rehabilitation program. He returned to action in the Football League Cup against Norwich City, where Parker rotated his squad to give members of the team a chance to get some minutes under their belts, but Cook dropped back out of the squad for the game away at Hull City just prior to the international break.

With Lloyd Kelly, Chris Mepham, Zeno Ibsen Rossi and new signing Gary Cahill joining on a free transfer from Crystal Palace, Parker has a number of options defensively to choose from, which could see Cook remain sidelined and making a slow return to the squad.

“The decision is that Steve Cook is the club captain and Lloyd Kelly will be captain if Steve is not in and around it, That stays as it is.

“He has been a player here for some time and he’s done extremely well and in terms of his general demeanour, I see no reason why not to keep that as it is.

“His respect amongst his peers and his teammates and obviously on the flip side of that, Lloyd has done remarkably well in me giving him that ownership of captaincy and taken that on board, so that’s how it will stay.”

Parker all but confirmed he had delayed his decision on the captaincy as Steve Cook could have possibly left Dean Court during the summer transfer window.

“…There may have been an opportunity to have gone, that’s not been the case and Steve’s going to be an integral and a vital part to what we do.

“So that’s down to Steve now to be the model professional, to work tirelessly hard, to force his way in and around things here.

“At this present moment in time, I see no different to why that would change.”

Someone else who will be remaining on the south coast is 24-year-old England capped international Lewis Cook who has signed a new three-year contract.

Hear from the man himself 🤩 pic.twitter.com/DgzqtLHXNc

“We are delighted to have secured Lewis’ services for at least another three years.

“He has established himself as a very important member of the squad and we see him having a major role to play on the pitch over the next few years.

“Lewis has worked tirelessly and diligently on his rehabilitation and has made many sacrifices to ensure both he and the club benefit when he returns to action.

“I know Scott and his team think highly of Lewis and are very much looking forward to getting him back once his recovery has been completed.

(Lewis Cook is) the sort of player that I think most managers at this level would want to try and build the team around on paper as a young core, along with players like Kelly and Solanke. Good news. – Join the conversation, click here.

Who knows if Cookie will force his way into the starting 11? Sounds like he was destined to leave during the last window, but it fell through. If that’s likely to resume again in January, it seems unlikely he will start ahead of the others unless they’re unavailable. Or maybe it will be a clean slate, and if he proves himself in training, we’ll see more of him. – Join the conversation, click here.

One Reply to “Parker cook’s up double delight”