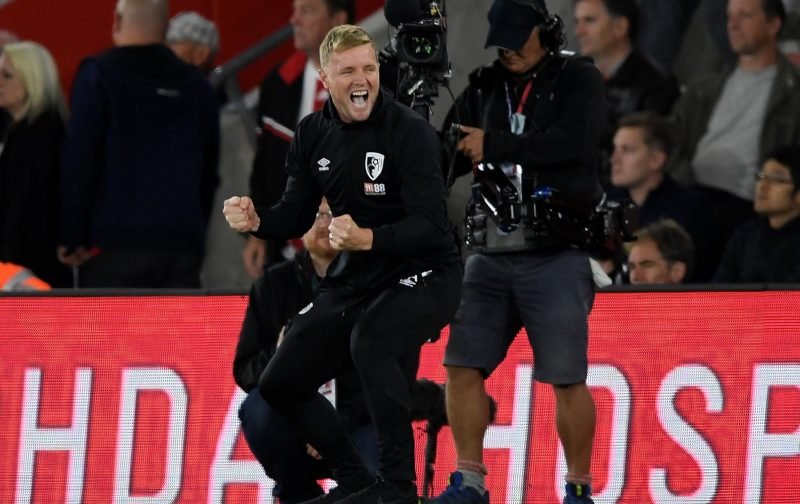 This is rebuilding. The team have to knit together, to work as a team, to build new partnerships. Diego Rico, Jack Stacey and Dominic Solanke look like they can grow with this team. They get it. It looks at times a bit like the first season in the Championship where we made mistakes and gifted goals. There was a huge (noisy?) outcry and many wanted AFC Bournemouth manager Eddie Howe to change the approach. He said he would rather fail. The next season drew dramatic results. This seems to me like a shift to the next stage, becoming an established Premier League club. By established I mean more than 10 years.

Playing Solanke behind Callum Wilson changes how the team functions, compared to Wilson and Joshua King/ Lys Mousset/ A.N.Other up front together.

Others have been tried there, notably Jordon Ibe, and haven’t had the vision or ability to make it work. I think Solanke makes it work.

The last three games we have not had wingers as such. Last season we had so many games where we had 2 wingers hugging respective touchlines which meant, in effect, we were playing with 10 men. We have never found 2 wingers as effective in this division as Marc Pugh and Matt Ritchie were previously.

King is, in my view, more effective playing wider. Stops him and Wilson playing in the same place.

This has seen 7 points from 3 games.

The formation works because we have more bodies in the middle which many of us were crying out for all last season. I don’t care if Lewis Cook or Harry Wilson play. Each brings something different.

We are now much harder to play against. More solid. We have also stopped trying to get the ball to Ryan Fraser at every opportunity. Don’t get me wrong, he’s been brilliant but has yet to show that this season. Use him as an impact substitute until he gets his head together. Sign or go. If he continues to delay sell him in the January window.

As players reach fitness personnel will change. Adam Smith will come in. David Brooks may have to alternate with Harry Wilson and Lloyd Kelly.

The rebuilding necessitates some errors and slip-ups. But we either build AFC Bournemouth 2.0 to be a vibrant attacking force or become West Brom or Stoke. I know which I prefer.

I have been encouraged these last 3 games? Perfect? No. Wasteful at times? Yes. Pointing the right way for the future? Yes.

..glad that Rico, Stacey and Solanke are being given a chance, as the only way to develop and learn is to actually experience Premier League action….as fans we know naff all at times!…and should trust those who now run the team and move us forward….we can’t afford or are in a position to attract top players to sign for us….so must take risks on others! – Join the conversation, click here.