One of the most important goals in the club’s history? 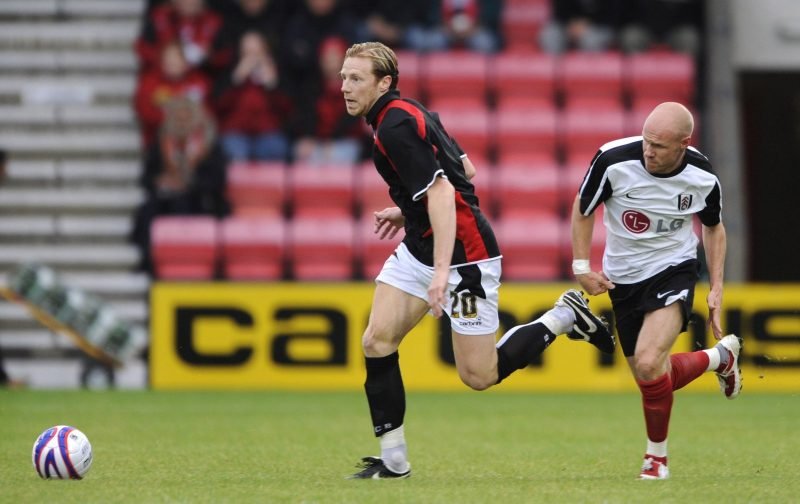 One of the most important goals in AFC Bournemouth’s history, that’s no exaggeration?

Mark Molesley with that stoppage-time winner at Dagenham and Redbridge. Hoofed forward by the out-of-retirement Jason Tindall, Molesley brings it forward, cuts inside, and wacks it into the far bottom corner! Cue jubilation on the terrace behind the goal. – Marvellous Molesley, match report from 24th February 2009.

During the course of that night with other results, at one point we were something like 10 points adrift in the relegation zone. Then Grimsby (?) threw a couple of goals away, Molesley scored that, and suddenly we were back in touch with the pack again. It was the night that for me, our survival prospects turned from mere hope to actual belief that we were going to do it.

With everything that’s happened since this moment was a foundation stone for it all.

Molesley is now AFC Bournemouth Under 21’s manager, asked by the Daily Echo about that night he said…

“For it to be 10 years, that’s frightening, eh? It seems like yesterday,”

“It was a big moment in my career and probably one of the biggest goals I have scored with what it meant and the situation we were in.

“It’s only now when you are old and retired that you can look back on it with a lot of heart. It’s certainly a moment I’ll never forget.”

Gave me belief we could do it for the first time, for sure.

We have had some great times since then but I struggle to recall coming out of any other ground where the chanting and singing continued so loudly as fans left the ground. Part important goal and part coming right at the end I guess. – Join the conversation, click here.