Not quite top Billing, but enough for three points 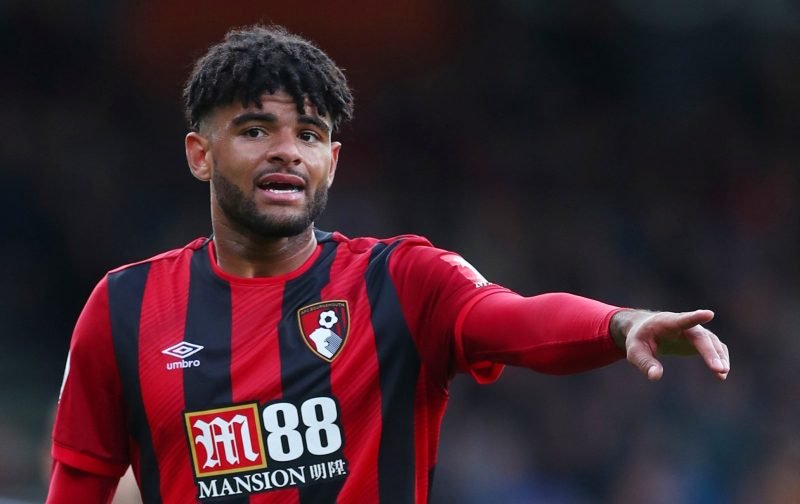 To say that this one won’t live long in the memory wouldn’t be an understatement, in fact, it’s a minor miracle that I’ve not forgotten it already. Bournemouth lined up with four changes from the side that limped to an uninspiring draw at the weekend, most notable were the inclusions of Phil Bill and the much-requested Surridge. The two had linked up well in the cup at Burnley so you could clearly see the logic in Woodgate’s thinking.

As has become the norm, the game started off in a scrappy manner. Both sides spent the opening exchanges taking it in turns to hopefully punt the ball up the field to very little effect. When we did try to play out from the back we were once again unable to break the intense opposition high press. The only out ball was often the two full-backs who subsequently had nowhere to go other than backwards to find a teammate, this led to many hopeful balls knocked down the channels which were continuously gobbled up by Rotherham’s dominant back three. It was obvious that we weren’t going to play through them so if we were to score it was going to be on the counter, and sure enough, that’s exactly what happened! Yet another hopeful long ball forward was headed clear by Smith and out to Surridge who had dropped deep into the wide right channel, he drove into space and released the ball to Smith who had bust a hit to arrive on the overlap. Smith took one look up and played a very intelligent cut back which arrived at Billing in the centre of the penalty area, Billing controlled the ball expertly and smashed home an emphatic finish to finally bring life to a drab encounter. It was the one piece of real quality we produced all game and credit must go to Smith who was instrumental in making it happen.

The game then quickly reverted back to type, both sides struggling badly to retain possession and get any kind of foothold in the game. The half-finished with Bournemouth incredibly lucky not to concede. A clipped a free-kick to the back post inexplicably found four (yes four) Rotherham players totally unmarked around six yards out, the ball was helped almost apologetically across the face of goal and onto an onrushing attacker a couple of yards out with an empty net at his mercy. Just as those watching stared on in an incredulous state of disbelief, our defensive generosity was repaid by attacking impotency that would have made even a man without a single testicle look incredibly fertile, as the Rotherham forward somehow managed to balloon the ball into the north stand from what felt like directly under the crossbar. A massive let off which saw us into the break narrowly ahead. In fairness, replays did show that the ball arrived slightly behind the onrushing attacker and at an awkward angle.

Bournemouth came out in the second half a reinvigorated side, zipping the ball around crisply and carving out a number of early openings with forward-thinking and incisive football. That was a joke. The second half quickly settled into a familiar pattern with the ball spending the majority of time in the air. In truth, the best moments of the half belonged to Rotherham. Firstly a spectacular volley from the edge of the box which looked destined to see the net ripple bought about an even more spectacular save from a fully stretched Begovic, a truly brilliant save that we’ve become accustomed to this season. Then the Rotherham substitute Onyadima was played in on goal on the angle of the penalty area, just as you thought the net was about to bulge the outstretched leg of Kelly arrived to provide enough of a distraction to once again see the ball end up in the stand behind the goal. Another let off. Bournemouth’s only moment of note came when Stanislas drew a smart save at the near post from a well-struck twenty-yard strike in the dying embers. Our brave warriors managed to see out the game by theatrically throwing themselves to the ground at every opportunity in what was quite frankly the most entertaining period of the game for me (for all the wrong reasons.) And so it was, another scrappy and somewhat fortunate three points on the board to cement claim to that holy grail that is sixth position, with attention now firmly turned to off the pitch matters and in particular a French man who’s name escapes me…

Begovic- 8 made a few strong claims and two very good saves (one of which would have been offside) MOTM
Smith- 7 relatively busy and produced the one real moment of quality in the game.
Rico- 5 oh dear, we paid 10m for a left-back who only seems capable of punting the ball hopefully down the channel. If I’m being kind he did improve a bit in the second half.
CCV- 7.5 solid as always.
Kelly- 7 relatively solid and dealt with the physical threat well.
L Cook- 4 ineffective, could not get a grip on the game at all.
Lerma- 6 battled well but the quality on the ball was often lacking.
Billing- 6 finished the goal very nicely, that aside did not impact the game much at all.
Danjuma- 3 a performance that even Jordon Ibe would be embarrassed by.
Stanislas- 5 starting to impact the game a bit later on but largely anonymous.
Surridge- 5 felt a bit sorry for him. Worked hard but fed off of scraps. Am sure he will receive criticism but not entirely justified in my opinion.
Brooks- 6 actually played some neat passes when he came on, a definite improvement.

The chap who missed the sitter just before half time was Wood, a centre back, not a “striker”. The sub who came on and blazed over was Ladapo, who scored both goals against us last time we played them.

There was only one quality attacking moment from us in the whole game. But that was one more than the Forest game.

Begovic was certainly the most entertaining player to watch. Two great saves (one was offside anyway), and a couple of extraordinary punched clearances (one a bit limp-wristed) from near the edge of the penalty area. I was never too confident about what he was going to do next.

Jefferson Lerma and Smithie would make a pretty good pairing in the Olympic Synchronised Diving Competition. Jeff in particular tonight doing a great impression of a salmon leaping upstream.

Thanks for the report Waz. – Join the conversation, click here.