“Yes, we’re hugely frustrated and disappointed with that.

“We started the game so well. We created a number of chances and we looked in a really good place. We scored a good goal but then we made some uncharacteristic errors and just gave Newcastle the encouragement they needed to get back into the match.”

“We made some uncharacteristic mistakes with the ball in a time when we were dominating the game and when you give Newcastle transitions with the attacking players that they have, with the pace they have in their team, that is a dangerous thing to do and from that point it just gave them confidence that got the crowd into the game.

“I think that is a huge frustration from our perspective because we were dominant for that opening spell of the half and really we should have been looking to try and get that second goal that maybe we needed.”

Man of the match against Newcastle? 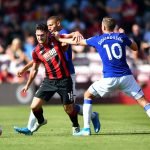 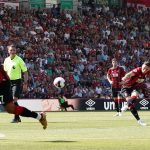 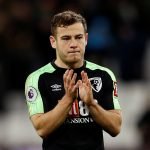 ????️ "It's a hugely frustrating afternoon because it was a real opportunity for us today."

Thank you to all the support we received today, you made yourself loud and proud. We will get back to it in a few weeks @afcbournemouth ????

Tough game today! Our own mistakes was costly. But we get our heads up and go again after the international-break ???????? safe journey home to all the travelling fans ????

A picture explains more than a thousand words. Frustrating afternoon. Dust down and come back twice as hard. ???? pic.twitter.com/6gOBdg6Zwe

This is Bournemouth, our team who looked like Real Madrid for a short time there in the first half.

It’s a narrow loss, an unlucky loss, a game we should have won. Great teams, like Southampton (joke…. insert Man City/Liverpool), will turn the screw after the first goal and frighten the opposition into submission.

Had we strung a quality second goal together before they equalised it would have been 5-0.

We seem to hand over our psychological impetus to our rivals so often.

If we get a grip of that we could stay in this league forever.

We have 2 weeks off to recover and rest to come back refreshed with Lerma and potentially Brooks back, we can regroup and dive headfirst into a tough game at home against Wolves! 12 games 4 wins 4 draws only lost to Arsenal(A), Man City(H), Leicester(A) and Newcastle(A), who are quickly becoming a tricky side to play. May I also highlight that we have only lost to Man City at home. I’ll sit down, have a drink and watch Arsenal vs Leicester before leaving this match in distant memory, or at least I’ll try to. Then it’s England’s 1000th match, and Callum Wilson could feature. Furthermore, did you see how delighted Newcastle were to beat us, respect has been earned, and it’s about bloody time! – Join the conversation, click here.