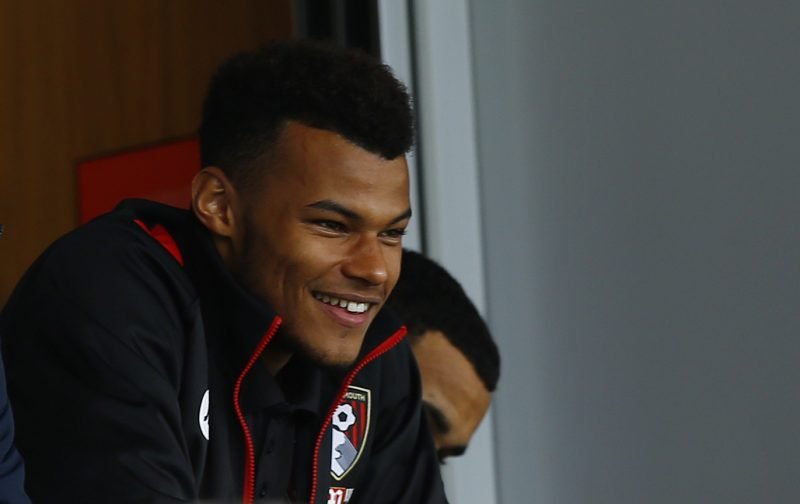 26-year-old Tyrone Mings, according to many Aston Villa supporters, is already a legend at his adopted club, after just 18 appearances for the recently promoted club.

Mings made the move on loan from AFC Bournemouth during the January transfer window, after the former left-back come centre-back had featured for just 863 minutes in the Premier League for the Cherries in three-and-a-half years.

He was pivotal in Aston Villa’s promotion via the Championship play-offs, playing 1,590 minutes during his loan spell.

In January, when Mings first made the move there were various reports on the details of the deal.

The loan fee was reported at £2million, with no promotion bonus mentioned at the time, as there had been with Benik Afobe’s switch to Wolverhampton Wanderers.

It was reported that the move was not with an intention to make it permanent in the summer, but Aston Villa did hold a “matching clause”, that if AFC Bournemouth opted to sell in the summer Aston Villa would be given the opportunity to make an offer at the same level made by any other club.

Sky Sports are now reporting that Aston Villa are about to splash some of the cash they have earned from their promotion win at Wembley.

The Championship play-off final is dubbed the £170million game as that is the figure it is believed a club will earn from just one season in the top flight of English football, due to television revenue and parachute payments if they were immediately relegated.

“Sky Sports News understands Eddie Howe is prepared to let him leave Bournemouth for the right price and Mings prefers a move to Villa.”

Which isn’t the most groundbreaking of transfer rumours considering how successful his loan spell proved to be and recent social media images appearing online.

Just at Bournemouth Station. Still in the kit pic.twitter.com/YyIQk5gYBt

The post understandably received a lot of reaction from both Aston Villa supporters and AFC Bournemouth fans.

Had Tyrone Mings been out all night and day celebrating the promotion, unable to get changed and showered?

Had Tyrone Mings opted to wear Aston Villa kit on the train home as it is just so comfortable?

Or was Tyrone Mings sending a not so subtle message that he would like to make the permanent switch?

Regardless of the real intentions, it looks incredibly unlikely that Tyrone Mings won’t be seen in AFC Bournemouth kit again…unless he opts to wear it to travel to Witton of course.

Well, yes, Tyrone knows what he’s doing, but I’m not particularly bothered.
He’s obviously very proud of what Villa have achieved, and it seems pretty obvious that he wants to continue to play for them and not us.
If I were in his shoes – and bracketing out the hypothetical falling out with Eddie – I would want to play for Villa too (bigger club, more fans, now in the Premier League, leader in the team, never got a chance with us, etc.).
The twitter stunt is red meat for the Villans who only love him more now. I’m not sure he’s really interested in goading the Bournemouth fans or anything.
Again, I just hope we get a good fee. 20million+ – Join the conversation, click here.