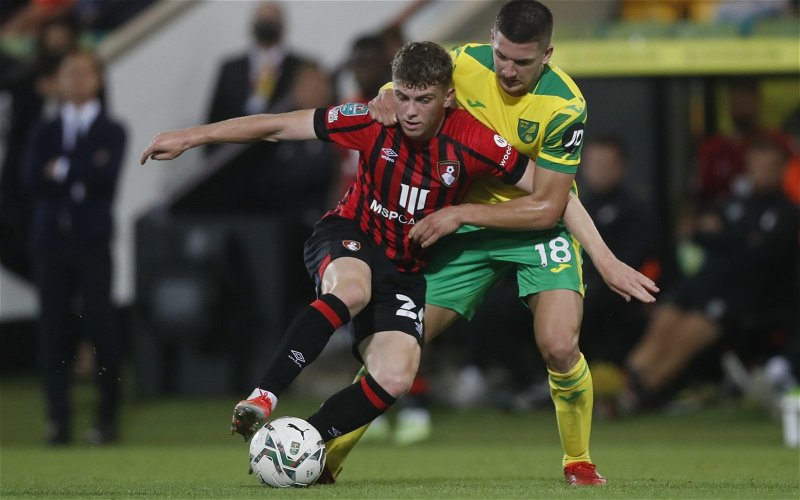 The 22-year-old played a bit-part role in the Cherries promotion from the Championship last season, but when he played he invariable impressed, so this move will be all about hoping to get more first-team action and regular football, in the second tier of English football.

Kilkenny made 17 appearances for AFC Bournemouth head coach Scott Parker last season, including 13 Championship starts, however nearly all of those appearances came during the first half of the campaign, with Kilkenny making just one Championship appearance in 2022.

Kilkenny follows in the footsteps of quite a few now ex-AFC Bournemouth players in joining Stoke City, over the past four years alone with Adam Federici, Benik Afobe, Sam Vokes and Sam Surridge all having varying degrees of success on cold Tuesday nights in Stoke.

What to expect from @gavkilkenny10 🗣

“We’ve been monitoring Gavin for a few years and we’ve taken the opportunity to bring him in.

“He’s a very good player; he builds the game and that’s something we felt we needed with Joe Allen having left the Club and hopefully he’ll be a really good addition and help us play the way we want to play.

“He’s highly motivated, he wants to play and doesn’t want to sit on the bench and be a bit part player. That’s what we’ve targeted this season – players that are motivated to play, improve and make us a better team.”

Michael O’Neill is a good, progressive manager and Kilkenny will slot into the gap left by Joe Allen. If we stay up, Kilkenny may have progressed enough to earn a PL squad/team place next year. Alternatively, if we get relegated, then we’ll have the option to sell Lewis Cook and Gavin Kilkenny will likely step into his place. It is a really smart move for all concerned.

I hope Gavin has a great season (and that we stay up of course). – Join the conversation, click here.