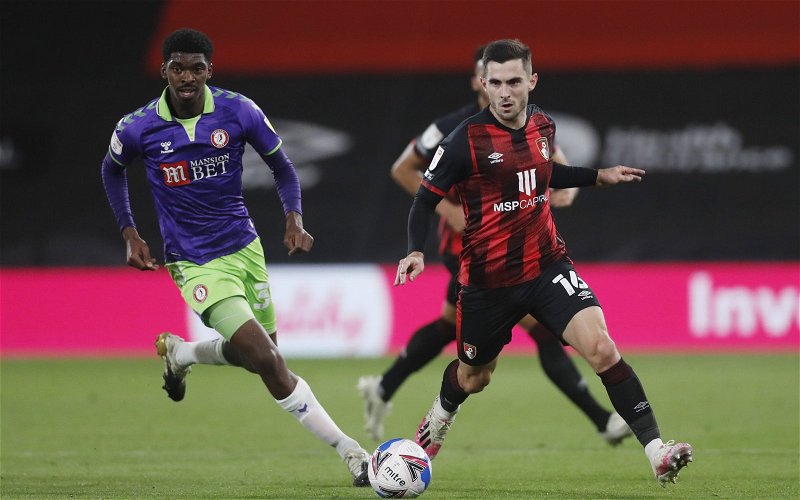 AFC Bournemouth midfielder Lewis Cook hasn’t featured for the Cherries since March 2021, but after seven months of being sidelined after rupturing his ACL, Cook has his sights set on a return to action in the Premier League Cup next month.

The 24-year-old England capped international, signed a new three-year contract at Dean Court earlier this month and is now inching closer to making a return to competitive action. That first step will be for AFC Bournemouth Under-21’s as Cook has been added to Shaun Cooper’s squad to face Arsenal at Dean Court (Wednesday 6th October, 7 pm kick-off).

If Cook comes through the game fine he could find himself in contention for one of the most hotly contested positions in AFC Bournemouth head coach Scott Parker’s squad.

Potentially playing as the deepest in a midfield three, Cook will be fighting Ben Pearson, Jefferson Lerma, Gavin Kilkenny and Philip Billing for a place in the starting line-up.

“I’m really pleased with Lewis. He has now been with us in full training, in terms of not modified now for some time.

“The next step is for him to play a game – hopefully that game will come here, maybe for the under-21s against Arsenal.

“Hopefully we can get some minutes into him in that case. He played part of an in-house game at the weekend and came through that well.

“He is moving in the right direction and hopefully he comes through them and we can push him even more.”

He’s the sort of player that I think most managers at this level would want to try and build the team around on paper as a young core, along with players like Kelly and Solanke. Good news. – Join the conversation, click here.