Manchester United keeping tabs on duo as back up plan 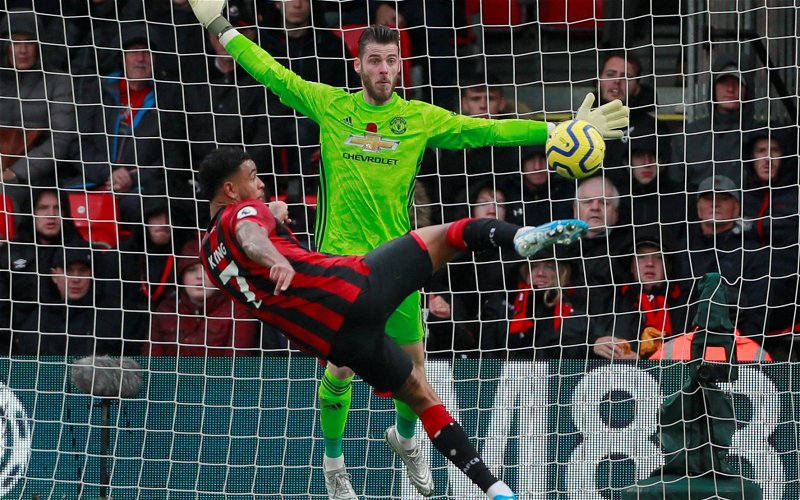 22-year-old David Brooks may not have played for AFC Bournemouth for the past 13 months, due to an ankle injury and the delay in the 2019/20 Premier League season due to the Coronavirus, but that hasn’t stopped him being listed alongside Borussia Dortmund winger Jadon Sancho, Schalke’s Rabbi Matondo, Aston Villa captain Jack Grealish, Birmingham teenager Jude Bellingham and Leicester City’s James Maddison as a potential summer transfer target for Manchester United.

The Manchester Evening News have reported that Brooks is seen as a potential back up plan if they cannot seal the deal on one of their preferred targets.

After being dealt a devastating personal blow by his potential transfer move to Manchester United falling through in January, AFC Bournemouth striker Joshua King appears to also be once again on Manchester United manager Ole Gunnar Solskjaer’s radar.

However the 28-year-old is not at the top of Manchester United’s summer wishlist, with the Norwegian striker reportedly a back-up plan at Old Trafford, if their preferred striking option doesn’t come to fruition.

The Manchester Evening News have reported that Manchester United are keen to turn Odion Ighalo’s loan deal from Chinese Super League club Shanghai Shenhua into a permanent deal. But if that doesn’t happen they may well to their attention back to Joshua King.

King is entering the final year of his contract at Dean Court and has plenty of admirers according to Sky Sports.

If King doesn’t fancy getting strung along by Manchester United for a second time, despite it being his dream move, Sky Sports believe four of the top six are interested in King, indicating that one option could be Chelsea.

12 months left on Joshua King’s contract. Even if we stay up I don’t think we could risk another Fraser situation developing. If there is genuine interest near the top of the table then we should bite the bullet this time, take whatever money we can get and let him move on.

Replacing him would be a big ask though. – Join the conversation, click here.