Let’s Get Back To Winning Ways 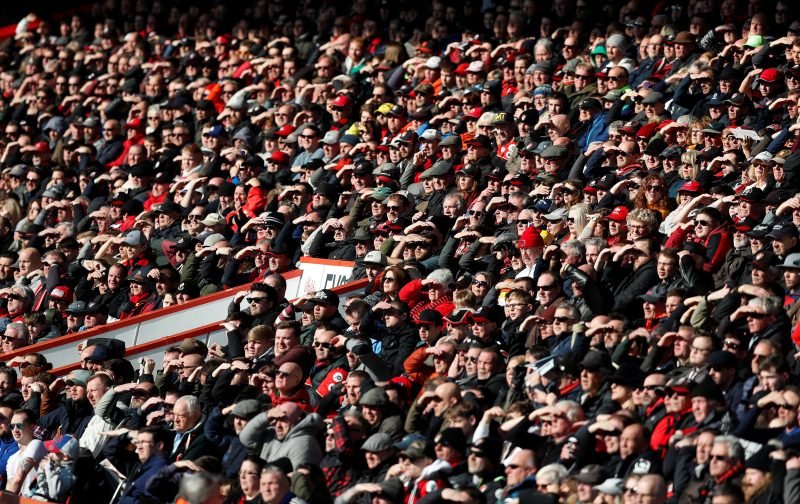 After a tough game at Manchester City where the lads were beaten 3-1. AFCB put up a good performance, also having a good shout for a penalty ignored. Cherries next game is back at Dean Court on Tuesday night at 7.45 pm. After losing their last four games, including two at home, they will want to get back to winning ways when they face Huddersfield Town. Huddersfield ‘s nickname is The Terriers with a Yorkshire terrier incorporated on their badge and shirt, all because of a show dog called Ben (1865 – 1871) who was first one of the breed and came from Huddersfield. They called him Huddersfield Ben.

The Terrier’s were on a good run of results, before their 1-2 home defeat against Brighton, which they played most of the game with 10 men. After being promoted via the play-offs at the end of the 2016-17 season, Huddersfield survived their first season in the Premier League, finishing in 16th place, with AFCB 12th. At the same stage last season after 14 games, Huddersfield were in 14th place on 15 points, AFCB were one place lower and 1 point less.

Huddersfield had a tough start in their second season in the Premier League against two of the top sides. The first game was at home against Chelsea, they went down 0-3. Even harder was their first away visit to play last seasons Champions Manchester City, they were beaten 6-1. The last game in August was home against Cardiff City, the game was a 0-0 draw and first point for Huddersfield. They started off September away at Everton, this game also ended in a draw, this time 1-1. It was downhill for the rest of the month, with three defeats. Losing at home 0-1 against Crystal Palace, then away at Leicester City 3-1. Last game of the month was at home against Spurs, they lost 0-2. The start of October Huddersfield drew 1-1 away against Burnley. This was followed with another top side visiting them in Liverpool, it ended in a 0-1 defeat. Last game of October saw them go down 3-0 away at Watford. November saw an upturn in Huddersfield’s fortunes with a 1-0 home win against Fulham, followed with a 1-1 home draw against West Ham. They finished the month on a high, with a 0-2 victory at Wolves. Start of December wasn’t so good and at home, the Terriers went down 1-2 against Brighton. As mentioned earlier Huddersfield lost Mounie who received a red card in the first half with Huddersfield leading 1-0. Going into the game at Dean Court Huddersfield are in 17th position on 10 points, eight places behind the Cherries with 20 points.

Our results last season against Huddersfield in the Premier League, started with a 4-0 home win, a hat-trick from Callum Wilson who had only at the time just returned from a bad injury, the other goal coming from Harry Arter. The Cherries were 2-0 up going in at half-time but lost Simon Francis who received a second yellow right on half-time. The away game saw Huddersfield gain revenge with a 4-1 victory, our goal coming from Junior Stanislas. The MOM that day was Steve Mounie, he won’t give us any problems on Tuesday night unless they win their appeal.
In our games at home in the league against Huddersfield, AFCB have Won 9, Drawn 7, Lost 8.
In all competitions, AFCB have Won 14, Drawn 19 and Lost 18.

AFCB Team News
Jefferson Lerma is available again after his one-match ban. Dan Gosling missed the Manchester City game with a knee injury and is going to have a scan. According to Eddie Howe, we have one or two players with niggles, we will see how they are. On a positive note, Tyrone Mings who came in against Manchester City had a good game, so Eddie has food for thought who plays on Tuesday night.

AFCB Player To Watch
Callum Wilson. Excellent headed equaliser against Manchester City and is playing well. Has 7 goals and 4 assists in the league this season. Five of Callum’s goals have been away from Dean Court.

Huddersfield Player To Watch
Aaron Mooy, their Australian midfield player. Had a very good game away against Wolves recently. Is joint leading scorer with 2 goals out of 9 scored. Seems to take their set pieces and also has a strong shot from distance.