‘Lambs’ To The Slaughter Against Manchester United? 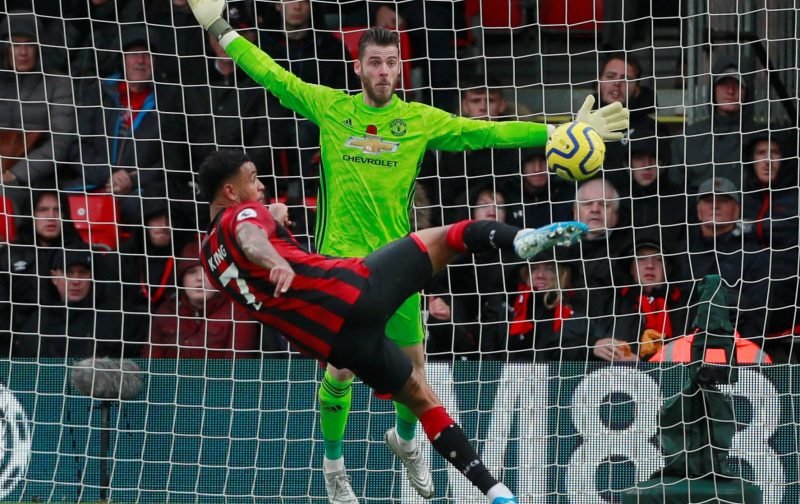 After another very disappointing performance at Dean Court and being basically taught a football lesson on how to score goals by Newcastle U, with a little bit of help from our own team! Dan Gosling provided someone consolation with a late first goal behind closed doors.
In normal circumstances, our ‘gallant warriors’ would have had the daunting task on Saturday of playing in front of a 70,000 + crowd and when you are very low on confidence it isn’t a very inviting prospect. Luckily that will not be the case when the Cherries travel to Old Trafford to play an in-form Manchester United side behind closed doors. It will be a very difficult game to come back with any much-needed points in the form our side is in. Ole Gunnar Solskjær and his United side had been having a very up and down season in the Premier League and after their 1-0 (Josh King) defeat against the Cherries at Dean Court in November, their next game was at Old Trafford and they beat Brighton and finished the month with a draw at Sheffield U. At Old Trafford in December, they beat Spurs and Newcastle U, drew with Aston Villa and Everton. In their away games they beat their local rivals City and Burnley, lost at Watford.

They started the New Year badly and during January they lost 3 out of 4 games in the Premier League. At home, they beat Norwich C, then came a low, when they were beaten at Old Trafford 0-2 by Burnley in the last league game in January, before that they had lost at Arsenal and against the now Champions, Liverpool.

They then made an inspired signing late in the January transfer window when they signed midfield player Bruno Fernandes from Sporting Lisbon for a reported fee of around £47 million. Other signings in that window were the surprise signing of 30-year-old former Watford striker Odion Ighalo on loan from Chinese club Shanghai Shenhua. They also signed young goalkeeper Nathan Bishop from Southend for an undisclosed fee. With their new signing Fernandes, Manchester U gradually saw an improvement in results. At home in their first game in February, they beat Watford and drew with Wolves, away they beat Chelsea. In March and before the lockdown, United completed the double at home over Manchester City and drew at Everton. Behind closed doors, at home, they beat Sheffield U 3-0, away drew 1-1 at Spurs and in their latest game convincingly beat Brighton 0-3. 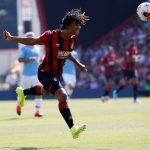 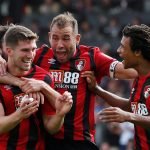 Manchester United Team News
They have had no new reported injuries after the game against Brighton. Axel Tuanzebe and Phil Jones are the only absentees with injuries.

Manchester United Player To Watch
With two of their players on 14 goals each this season so far, Marcus Rashford and Anthony Martial they are obviously ones that have to be watched. Then you have Paul Pogba, but a player who has made a big impression on Manchester United in his first 8 games in the Premier League is Bruno Fernandes in midfield, he has scored 5 goals and has 3 assists, a very strong all-round player with an eye for goal.

AFCB Team News
Callum Wilson misses his second game through suspension. Charlie Daniels and Simon Francis are the other players missing through injury.

AFCB Player To Watch
This is getting more difficult to choose as there is no one who is standing out from the others, apart from Nathan Ake and he wasn’t playing with his usual form against Newcastle U. Will Eddie throw caution to the wind and try Sam Sturridge upfront to try and get a goal? He may at least show some enthusiasm. But he didn’t even come off the bench against Newcastle at home, so will he throw him in away from home against the in-form team Manchester United?

Mike Dean is the referee.

He was in charge of both home and away games against Watford and also away at Burnley.

I’m genuinely interested in what performance we get.
The players have had their showdown, do we get one team or two teams!
It will tell us what kind of ‘team’ we have. Anyone missing on Saturday

it’s funny though, I still find myself addicted to the thought of us pulling of a victory against all the odds. – Join the conversation, click here.