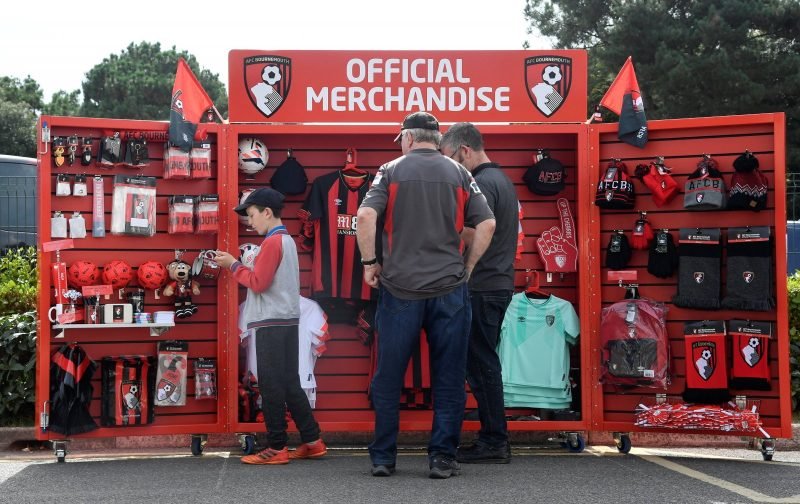 It is back to the Premier League again, after our game in the League Cup on Tuesday against Norwich City at Dean Court. The Cherries are home again in the Premier League on Saturday, with an early kick-off of 12.30 pm. This game is being shown live on BT Sports. Both AFCB and United won at the weekend, the Cherries winning away against Fulham 0-3. United were at Old Trafford with Everton the visitors, it was shown live on Sky and United won 2-1.

Some of us on this message board saw our first game watching the Cherries at Dean Court, it was way back in 1957 in the FA Cup. Our opponents were Manchester United and their manager was Matt Busby, his team was known as the ‘Busby Babes’. They got their name as they were United players who had come up through their youth scheme into the first team. Sadly a year or so later some of them lost their lives in the tragic Munich Air Crash (60+ years ago), along with others. Matt Busby was critically injured but recovered. There has always been something special when the Cherries met/meet United. Especially in the earlier days when our club was in the lower leagues and our fans hoped to draw a club like United out of the hat in cup competitions. We met them in the FA Cup and also the League Cup. Most notable under our former player and manager Harry Redknapp, we beat them in the FA Cup at Dean Court in January 1984, the score 2-0.

Jose Mourinho is in his third season as the Manchester United manager. In his first season, United finished in 6th place. Last season Mourinho’s team finished four places higher and finished in 2nd place. AFCB in 2016-17 finished in 9th place. Last season AFCB finished in 12th place. This season so far the Cherries are in front of Manchester United in the table and sit in 6th position with a 3 point lead over United and a better GD. United at present are in 8th position. United signed four players in the Summer transfer window. They signed the Brazil midfield player Frederico Rodrigues de Paula Santos, Fred to you and me and the commentators! The fee is believed to be over £50 million, though it is down as undisclosed. Defender Diogo Dalot from Porto for an undisclosed fee. Goalkeeper Lee Grant from Stoke City also for an undisclosed fee.

They have had a mixed start to this season and have had an up and down movement in the table. From the opening game of the season with a high of 7th place to a drop to 13th. AFCB have had a high of 3rd and a low of 8th. United are 16th out of 20 teams in the Premier League for conceding most goals so far this season which is 17, only one clean sheet which was against Burnley. AFCB are equal 6th with Watford for the best defensive record having conceded 12, AFCB have four clean sheets. United are the 6th highest scorers with 17 and AFCB are the 5th with 19.

Manchester U away games, their first and only away game in August, was against Brighton and United went down 3-2. Into September, next two games away were wins, beat Burnley 0-2 and Watford 1-2. The last game of the month they went down at the London Stadium to West Ham 3-1. October and only one away game, United drew 2-2 with Chelsea at Stamford Bridge.

United’s home games this season and they had a good start. The first game was a 2-1 win over Leicester City. Spurs were the next visitors, they went back to London with 3 points after beating United 0-3. The only home game in September saw newcomers Wolves visit Old Trafford, they managed to hold their hosts to a share of the spoils in a 1-1 draw. Manchester U had an upturn in their fortunes with two home wins in October. Newcastle were beaten 3-2 and then in their last game of the month, United beat Everton 2-1. United took the lead after Frenchman Anthony Martial was brought down, fellow countryman Paul Pogba stepped up to take the penalty. It was a strange penalty from Pogba who took a number of steps in his move up to hit the ball, it was saved by Jordan Pickford but came back to Pogba who coolly slotted it into the net. Martial put United further ahead after a pass from Pogba, Martial struck a low shot that gave Pickford no chance into the far right corner of the net.
It was a mistake by the busy Pogba in the second half as he was trying to be clever with the ball and lost it, Everton pulled the score back to 2-1 with a goal from Gylfi Sigurdsson. That was how the score remained thanks to some excellent saves by Pickford. The young Frenchman Martial was awarded MOM as he was dangerous throughout for United, but Pickford for Everton must have run him close.

Since Jose Mourinho joined Manchester United, on his visits to Dean Court his side have won both games. Home and away under Mourinho, they have won 3 and drawn once.
The Cherries home games against Manchester United have resulted in a win and two defeats. Our first season in the PL 2015-16, AFCB won 2-1, lost at Old Trafford 3-1. 2016-17 lost at Dean Court 1-3, drew 1-1 at Old Trafford. Last season we lost twice to United, 0-2 at Dean Court and 1-0 in the away game. In all competitions, AFCB have won 2, drawn 3 and lost 9.

AFCB Team News
Simon Francis came off in the game on Tuesday after tweaking his groin, according to Eddie.. Tyrone Mings missed the game due to a concussion in training. The other doubt is Josh King with an ankle injury.

AFCB Player To Watch
Ryan Fraser looked lively when he came on as a sub against Norwich City on Tuesday night. With David Brooks operating on the other flank and Callum Wilson up front, the Cherries pace could find the weaknesses in the United defence.

Manchester United Player To Watch
The United youngster Anthony Martial is in form and has scored in his last three Premier League games, which included a brace away against Chelsea. Also Paul Pogba in midfield. A normal pain in the side for the Cherries, Romelu Lukaku was a sub on Sunday and in recent PL games seems to have lost his scoring touch. But if he plays, he has a good record against us.

Referee Paul Tierney. Had him three times in the 2017-18 season. Last time was away at Burnley. Home to Stoke City and away at Newcastle United. We won all those games.