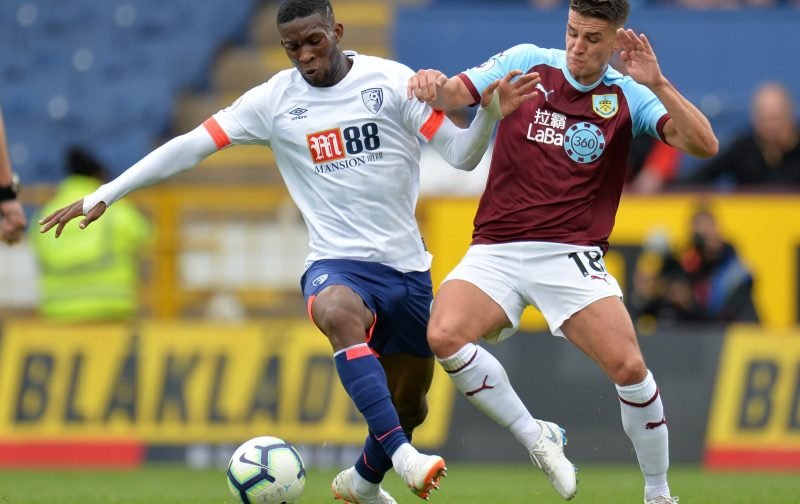 AFC Bournemouth will be without record signing Jefferson Lerma for the games against Arsenal and Manchester City after the Colombia International picked up his tenth yellow card of the season against Wolverhampton Wanderers.

The 24-year-old made the move to Dean Court from Spanish side Levante for £25million.

Last season he collected 18 bookings in 28 appearances for the Valencia-based side.

That continued following his move to the Premier League where he picked up 9 yellow cards in his first 15 starts in the top flight of English football.

Walking a tightrope before being hit with a two-match suspension, Lerma managed 5 games without a card before his elbow on Joao Moutinho, which could have easily been a red card.

“I’m disappointed because Jeff has done so well since he’s been on nine bookings to manage himself to avoid another one. We know how important he is to the team so to lose him for two games now is a huge blow, especially with the squad looking thin from the injuries that we have, but we’ll have to get on with it.

“He had a lot of bookings early in the season as he was adjusting to the English game. He picked up a lot of bookings last year for Levante as well, but he is that type of midfielder and they’re the qualities that we wanted from him.

“Obviously, I don’t want him suspended, but the pleasing thing is that over the last couple of months he has been mindful and watchful of it without letting it impact his performances. He’s capable of making selective decisions on challenges and hopefully steering clear of future suspensions.

I think if we could have picked a game for Lerma to pick up his final booking before the suspension, this would have been it! So even that was good news in a way. Now we can have him back and full of energy for the games where we should be looking for three points. – Join the conversation, click here.