International striker declares he’s not moving in the transfer window 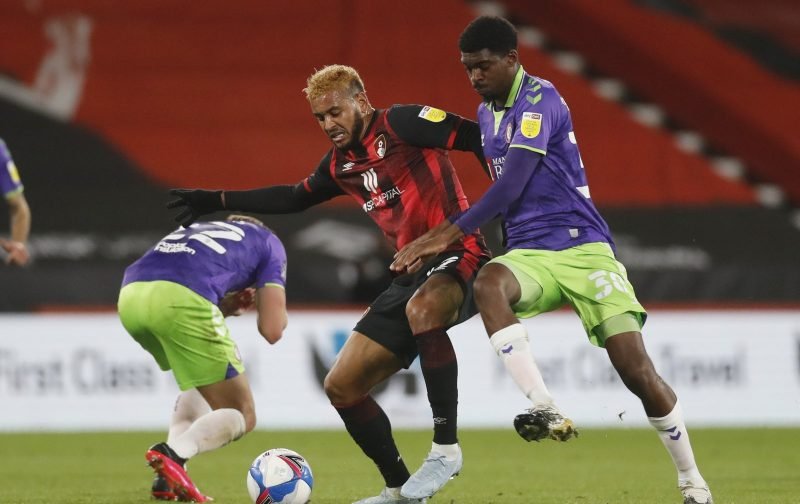 The transfer window in England closes on Monday and both Burnley and West Ham United had reportedly held a continued interest in AFC Bournemouth striker Joshua King according to talkSPORT radio.

BREAKING: Burnley have joined the race for Bournemouth's Josh King. #WHUFC are also considering a fresh move for King, who wants to leave #AFCB.

The 29-year-old who is out-of-contract at Dean Court at the conclusion of the 2020/21 season, has been hoping to leave Dean Court for over a year.

During the January 2020 transfer window, King had eyed a dream move to Manchester United, only to be left devasted when the move wasn’t completed.

During the summer, according to the media King had a myriad of potential options for him to choose from.

In August there was Newcastle United, Everton and Brighton & Hove Albion in the Premier League, French side Paris Saint-Germain would offer King UEFA Champions League football, Serie A clubs Lazio and Roma would offer the experience of the Italian league.

By September, it was reported that his agent was holding talks with Tottenham Hotspur a month later and West Bromwich Albion and West Ham United were interested, alongside Italian side Torino.

The latter even made what was reported as a “derisory” offer for the Norwegian international, which was rejected by the Cherries.

More talks between King’s agent and West Ham United were reported, but nothing was forthcoming and the transfer window closed with Joshua King still an AFC Bournemouth player.

King proclaimed, in the midst of a global pandemic with millions of lives lost and livelihoods destroyed, that his failure to leave AFC Bournemouth after five years playing in the top flight of English football, led to “the two worst months of my life“.

Due to reported bouts of headaches, injuries, contracting the coronavirus, King has struggled for form this season making just 5 Championship starts (plus 7 substitute appearances) from a possible 26 games, 584 minutes without a goal or an assist.

That lack of form looks to have cost him a January transfer window move, West Ham United have since signed other options and the Burnley link has gone quiet.

With just days of the transfer window remaining open, King has now told AFC Bournemouth manager Jason Tindall that he intends to remain on the south coast until his contract expires when he will leave on a free transfer.

He’s been a great player for us … too good to sit on our bench but I’m disappointed how it’s turned out. I like to think he won’t do a Fraser on us. – Join the conversation, click here.