I’ll fight for the badge, the manager and the fans says Fraser after massive confession 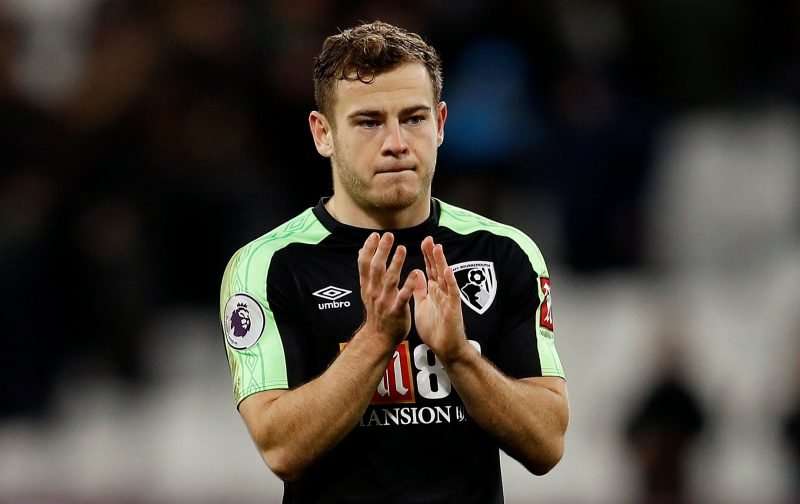 AFC Bournemouth and Scotland international winger Ryan Fraser has confessed that for the opening four months of the season, he didn’t play for the team and wasn’t giving maximum effort for his employers.

His comments come in an interview with Kris Temple for BBC Radio Solent, which can be listened to via Twitter below.

The fall out between Ryan Fraser and AFC Bournemouth began at the end of the 2018/19 Premier League season when Fraser entered the final year of his contract at Dean Court.

Fraser was often quoted in the media about his contract situation and in the end, it became a very public spat between Fraser and AFC Bournemouth chief executive Neill Blake, who felt he had been forced into releasing a statement regarding the situation as far back as June.

It’s now clear that the contract situation has had a huge impact on Fraser and his performances this season.

“I didn’t play for the team”

The Bournemouth winger told @kristemple that he’s regained focus and will give everything until the end of the season 🔊👇 #afcb pic.twitter.com/LZEeACtQEN

Thanks for that heart on the sleeve moment Ryan but we already knew you couldn’t give a flying one and wanted away; now you’ve got to the end of the window and haven’t got a move, you want to kiss and make up.

Should have kept your mouth shut and said sorry by making an effort in the relegation battle that you have helped create.

I think it’s more than a little funny how this has come out now at the end of the window when he has no other choice (partly because of how bad he’s been).

But we also have no other choice either, but to rally around the bloke. What other creative talents to we have right now? He needs us to start playing to give himself a shop window, and we need him to help keep us up, being a genuine talent when focused.

The inquest into this season, in which Fraser’s attitude so far will be a big talking point, can happen in the summer. Park it for now is all I’m saying, because we have bigger fish to fry.

I think if David Brooks, Junior Stanislas and Danjuma had all been fit and H Wilson not been the slightly odd enigma of a player that seems to score a decent number of goals but not do a lot else then Fraser wouldn’t have been played through his ‘not really trying’ spell.

Everyone on here could see he wasn’t himself so let’s not pretend Eddie Howe couldn’t. The only other options would have been to throw Gavin Kilkenny in but maybe he’s trying to protect him as he just isn’t ready yet or Jordon Ibe who, never mind his on-field performances, has been through some off-field stuff of late.

I think Fraser playing was simply a case of needs must.

What’s done is done. Everyone knows he’s off in the summer. The bitter taste in his mouth is that his six months of slacking off means he’ll end up at a West Ham, Newcastle or Everton instead of an Arsenal or Spurs. When he looks back on his career he can only blame himself for that. All I care about is him tearing it up for us between now and the end of the season and then us moving on in the summer. – Join the conversation, click here.