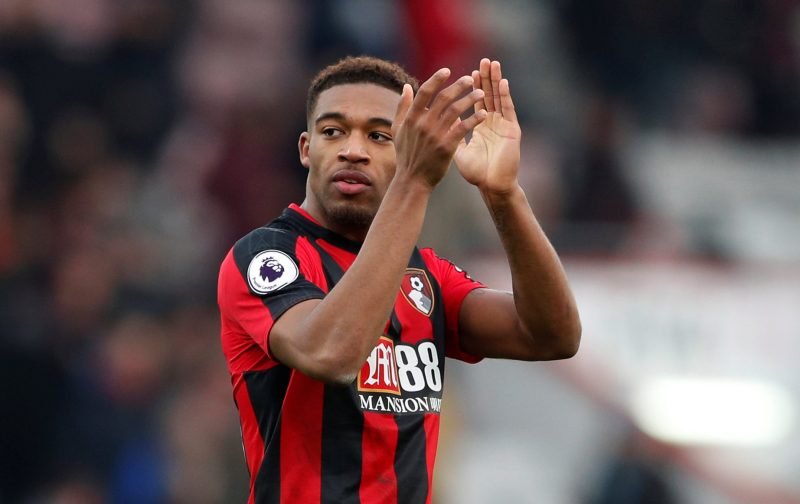 AFC Bournemouth winger Jordon Ibe has vowed to save his career and make his daughter proud.

The 24-year-old former Liverpool and England Under 21’s winger made the pledge via his social media page on Instagram.

Sooner rather then later I will make you proud of me.. just fighting obstacles atm. ❤️

Ibe was given a 16-month driving ban and a £7,500 fine by Bromley Magistrates’ Court earlier this week.

“You accepted that your driving fell below the standard of a competent and careful driver.

“We have heard about the impact that this has had, and the impact on others.

“You took no further attempts to make contact with the owners of the shop.

“You have heard about the effect that had, and the disappointment they felt with the way you dealt with things. You also took no steps to notify police.”

In February, Ibe was found guilty of failing to stop at the scene of an accident after he had crashed his Bentley into a cafe in Bromley, South East London, causing £15,000 worth of damage in July 2019.

Jordon Ibe has been found guilty of failing to stop at the scene of an accident. He had already pleaded guilty to driving without due care and attention. He will be sentenced March 3, but has been disqualified from driving in the interim. #afcb

During the trial, both Jordon Ibe and AFC Bournemouth were criticised by PC Nicholas Brown, the officer in charge of the case, who told the court, according to My London News…

“I contacted the football club and spoke to their player liaison and explained the situation.

“There was still no contact so I spoke to the football club again and advised them if I did not have contact with the next few days I would arrest him at a football match, this had the desired effect.”

Following his sentencing, Ibe released a statement through his solicitor, which was published by the Daily Echo.

“I want to make it clear that I accept full responsibility for my actions and lack of judgment when driving.

“I apologise unreservedly to those whose property is damaged as a result of a road traffic accident on July 30, 2019. My insurance has met the claims in full after I personally offered to compensate them.

“I want to also apologise to my club, Bournemouth, to my manager, Eddie Howe, to my team-mates, my fans, and particularly to my family.

Ahead of AFC Bournemouth’s trip to Anfield to face Premier League leaders Liverpool, Ibe’s former club, Cherries manager Eddie Howe was asked by the media if he accepted Ibe’s apology.

“Yeah, of course, I don’t think you can punish people twice for the same thing and for me now it’s closed…”

AFC Bournemouth signed Jordon Ibe for a fee in the region of £15million during the summer of 2016. The then 20-year-old signed a four-year deal, which The Sun have reported sees Ibe earn £40,000-a-week.

That contract is set to expire at the end of the current 2019/20 campaign and any future on the south coast seems unlikely.

Ibe has played just 48 minutes of Premier League football this season, coming from two substitute appearances, the last was against Leicester City in August 2019, almost seven months ago.

Speaking to the media about his future, Howe added…

“…Jordon is still young enough to make the changes he needs to make to fulfil all his potential.

“It’s only through hard work, dedication and discipline that players will have success. That’s certainly something for him to think about.”

“But, certainly, there needs to be a change in Jordon’s life for him to reach the level that he can.”

You’ve got to hope Jordan comes good, or it’s a wasted talent; whether here or somewhere else, got to wish the young lad all the best … we all make mistakes, but maybe ours are not in the glare of publicity …

All the best Jordan, listen to Eddie & move onwards & up ! – Join the conversation, click here.