Ibe and Defoe to be reunited? 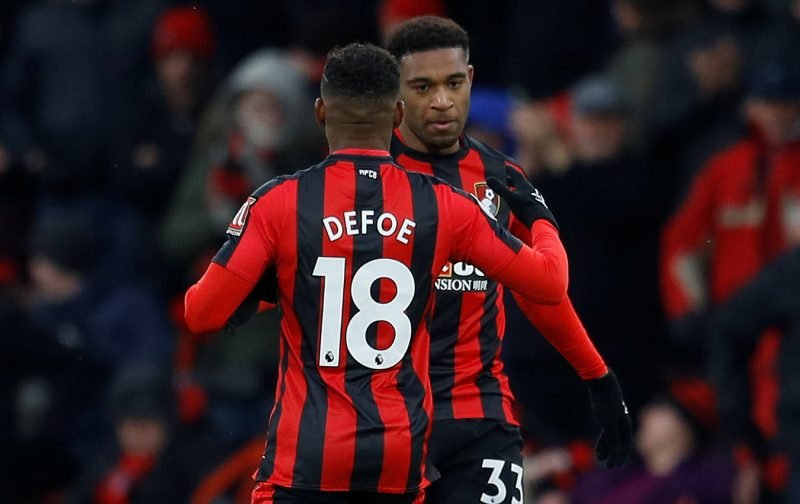 When the world and football return to some form of normality following the Covid-19 pandemic, AFC Bournemouth supporters could be forgiven for having an eye on the Auld Firm Derby games next season as they could include a former Cherries player on either side.

Former AFC Bournemouth striker Jermain Defoe will remain at Rangers next season. Whilst Jordon Ibe could be joining him in Glasgow, but for bitter rivals Celtic.

The 24-year-old is set to leave Dean Court this summer, following a torrid year, which included being found guilty and handed a 16-month driving ban and a £7,500 fine after he had crashed his Bentley into a cafe in Bromley, South East London, causing £15,000 worth of damage in July 2019.

AFC Bournemouth signed Jordon Ibe for a fee in the region of £15million during the summer of 2016. The then 20-year-old signed a four-year deal, which The Sun has reported sees Ibe earn £40,000-a-week.

That contract is set to expire at the end of the current 2019/20 campaign and any future on the south coast seems unlikely.

Ibe has played just 48 minutes of Premier League football this season, coming from two substitute appearances, the last was against Leicester City in August 2019.

He has now been linked with a free transfer to Celtic, but with finances in Scotland not as affluent as in England, Ibe would have to consider taking a pay-cut to get his career back on track, despite being able to move without a transfer fee attached to him.

According to Footballinsider, that is something that Ibe is willing to consider, with the report claiming…

A Celtic source has told Football Insider that the club have kept tabs on Ibe’s situation after having a loan bid rejected for him last summer.

Would be a good move for him and I’d expect him to do well up there. There’s no doubt that he has talent but just can’t unlock it. Of all of our recent signings, he’s the one that I’m most disappointed in because he could, should, have been brilliant for us. Good luck to him, I hope he turns himself around and has a good career from here on. – Join the conversation, click here.