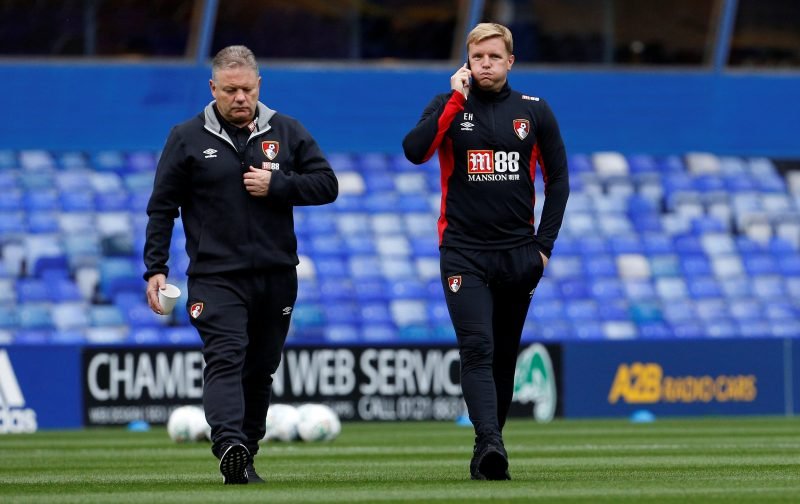 AFC Bournemouth manager Eddie Howe has confessed that the Cherries have found aspects of this summer transfer window difficult, despite the capture of Wales International David Brooks from Sheffield United.

Delighted to sign for Bournemouth! Can’t wait to get started! Excited to test myself at the top level. Always seen the club play good football and the manager has always given young players an opportunity. Looking forward to meeting up with the team and start pre season!!!???? pic.twitter.com/OcxfNMn7hl

Brooks signed a four-year-contract at Dean Court after AFC Bournemouth and Sheffield United agreed an undisclosed fee, reported to be in the region of £1omillion.

However, if reports are to be believed they have yet to be successful with their other suggested targets.

Numerous reports have thus far concluded that the Cherries have failed in their attempts to sign Brentford defender Chris Mepham.

Whilst there have also been reports, the latest via ITV during their coverage of England’s World Cup victory over Colombia that Colombia international Jefferson Lerma is also a transfer target for Howe.

Prior to that game Lerma’s agent Javier Abad told Gol Caracol that the player could likely leave Spanish La Liga side Levante this summer.

He was quoted as saying…

“From England it is true that several clubs have asked for Jefferson, but only when we finish with the World Cup are we going to look, he does not want to talk about the subject and only has his head on Colombia.”

“This transfer window has been difficult, Transfer fees as always tend to go northwards, with the World Cup year and the window closing earlier.

“From the manager’s perspective, you want to get the players in as early as you can to work with them and build your team for pre-season.

“This year is perhaps the first season where we haven’t been able to do that. Certainly between now and the start of the season we will be active and looking to do business.”

First interview of the new season with @afcbournemouth boss Eddie Howe coming up on @SkySportsNews today.

If our recruitment team can’t identify for example 5 potential left backs (or whatever position we need) in a year,that we could sign in the pool of global players then they need to find another job.

It seems we often put all our eggs in one basket and regularly fall short of signing improvements.

If we don’t add defensively it will jeopardise our Premier League status in my opinion. – Join the conversation, click here.