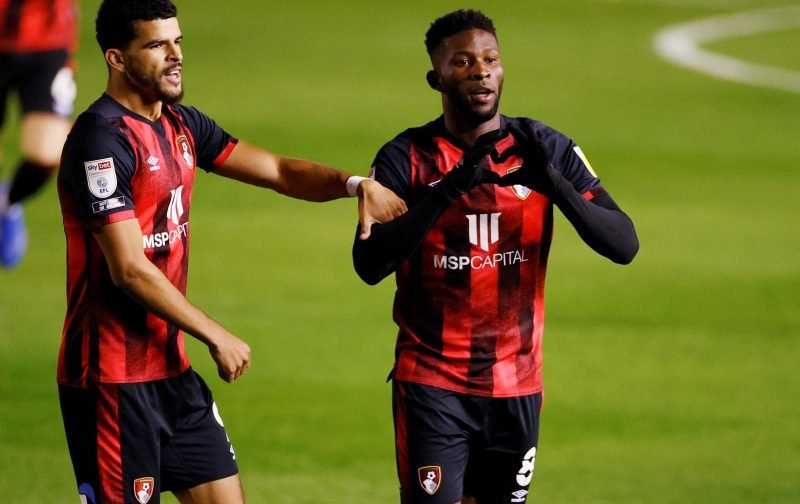 You can always bet that no matter how badly we’re playing that you can always bank on a bit of entertainment when we come face to face with our foes from Hertfordshire, right? Woodgate went back to basics for this one, disposing of the horrific back five that we have been subjected to far too many times this season, in favour of a back four. Rico dropped out (praise the Lord) in favour of the shaggy figure that is Ben Pearson. This meant a midfield three and an attacking trio, with Solanke making both surprising and welcome return to the starting eleven.

The early stages of the game were mainly played in the Bournemouth half, Watford looking in control without ever really threatening. The half was uneventful in terms of goalmouth action but what was refreshingly pleasing was the work rate and fight shown by the Bournemouth ten (sorry it’s hard for me to include Danjuma in this.) The side seemed to be galvanised by a back-to-basics approach, and Ben Pearson in particular fought like an absolute warrior for the cause. The best chance of the half fell to us, a neat one-two between Smith and Stanislas on the right flank resulted in the latter drifting infield and switching the ball to the onrushing Kelly, this was subsequently met with a venomous and swerving strike that was helped over the bar by ‘Not Ben Foster.’ The half petered out in scrappy fashion, the sides deadlocked at the interval.

The second half is where things start to get interesting. This time it was Bournemouth that came out on the front foot and started to push higher and press more aggressively. It’s almost as if we had come to the sudden realisation that the opposition wasn’t actually very good. This resulted in a couple of very presentable opportunities, with Danjuma (who had all of a sudden decided to turn up for the second half) instrumental in creating them. Firstly a lovely mazy run down the left flank saw him turn his marker inside out before unleashing a left-foot drive past ‘not Ben Foster.’ Unfortunately for those of a Bournemouth persuasion, there was a covering Watford defender who was able to divert the ball behind for a flag-kick. As good a chance as this was, an even better one presented itself to Danjuma moments later. The high press again paid rewards for Bournemouth, Lerma picked the ball up twenty-five yards out and Danjuma set off on one of his trademark underlapping curving runs inside the full-back and the centre half. Lerma picked him out brilliantly and Danjuma’s first touch to set himself was exquisite, the hard part had arguably been done. Unfortunately again for those of a Bournemouth persuasion, as is often the case with the erratic but at times unplayable figure that is Arnaut Danjuma, the end product was on this occasion lacking and he shot tamely into the arms of ‘not Ben Foster.’ (Yes I really cannot be bothered to look up his name.) Bournemouth were nearly punished for this almost immediately. The game had suddenly erupted into a frantic end-to-end encounter. A quick Watford breakaway saw Cleverly urm ‘cleverly’ played in on goal with only the keeper to beat. Hearts began to sink and just as we were about to rue opportunity’s missed, Begovic (as he has done numerous times this season) came to the rescue to save a tame Cleverly effort with his feet. A let off and in truth, Cleverly (like Danjuma before) should have done a lot better. Either way, the game had suddenly burst into life.

The game then transitioned into what I like to refer as ‘the Lerma phase.’ This is definitely deserving of a paragraph to itself. The fun really kicked in around the sixty-minute mark. While defending a fairly innocuous throw-in around the half way line, Jeff decided it was an opportune time to take a nice playful piggyback on his Watford counterpart Chalobah. Just a bit of harmless fun. Resulting in an unfairly awarded free-kick to Watford, or did it? The scathing and quite frankly out of control Chalobah (who probably has no friends and so is not used to such playful antics) suddenly lashed out violently in the direction of Jeff, like a man possessed, swinging his fist towards the face of the innocent and unsuspecting Lerma with all his might. Hearts sank as our brave hero collapsed to the floor, his very life hanging in the balance. All this while the evil Chalobah peered menacingly over him with evil intent in his eyes. Even recanting it now is quite emotional for me to be honest, so apologies if I’m not doing the pure horror of the incident justice. To the relief of all Bournemouth fans (and anybody with a heart or sense of morals come to the point), Jeff rose to his feet, reminiscent of a Titan of war. Not to be defeated by the forces of evil that plagued Dean Court in this dark day. To the amazement of almost everybody watching, the referee decided to not brandish the red card to Chalobah, instead opting for just a yellow. He did however decide to give the free-kick to us instead, which was admittedly jolly generous of him but didn’t even come close to making up for the treatment we had to suffer. Fortunately for us, the Watford players all seemed to become rather frazzled by the previously mentioned events, as a hopeful long punt from the resulting free-kick left their back four napping. Danjuma at an almost impossible angle decided to shoot (because this is what he does) instead of squaring to the well-positioned Solanke for a tap-in. Fortunately for us, the chap in the Watford goal seemed to momentarily forget that the ‘near post’ was a thing. The miss-hit effort from Danjuma almost apologetically squirming into the net at the near post, with ‘not Ben Foster’ making quite an amusingly dramatic attempt to salvage the situation. So the cherries were ahead and more importantly justice had been done!

The latter stages of the game were all about Bournemouth holding firmly to what they had, not offering Watford a lot of space to play in, and in truth limiting them to mainly half chances. Sarr on the right had a couple of bright moments but I’ll tell you what, if he’s worth £40m then we underpaid for Jordon Ibe. Unfortunately, we had to witness yet more disturbing and heinous scenes, as out-of-control Watford players threw themselves at brave Jefferson at any given opportunity, clearly with the intent to fatally wound him. This eventually resulted in a red card for some Brazilian guy and it seemed like the fun was over. As it turned out it had only just begun, a furious Wilshere could no longer keep his cool and leaped to the defense of his fallen warrior. This resulted in a mass brawl which in all honesty was far more entertaining than ninety percent of what we’ve had to endure this season. The traitor Gosling seemed central in all of this, clearly already brainwashed by the anti-AFCB propaganda that is hung up at the Watford training ground. He let himself down big time and I imagine will take a long hard look at himself when he has time to reflect. The conclusion of this brawl astonishingly resulted in a second yellow card for Wilshere, when in reality he deserved a medal for bravery and not his marching orders. (It is worth noting that he’d been booked earlier for taking too long to take a throw-in, which was only the case because no Bournemouth player wanted the ball.) Fortunately, all of these shenanigans distracted from the game somewhat, and we managed to see out the win fairly comfortably as proceedings edged towards the hundredth minute by this point. And so it was, a day that will be remembered down the ages, in which good finally triumphed over evil. In which darkness was outshone by the purity of light and righteousness. Up the cherries!!! 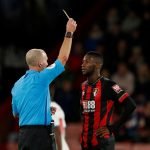 Begovic- 7 solid enough. Not too much to do. Looked shaky occasionally dealing with crosses.
Kelly- 8 much improved. Frustrating really because when actually he drives forward with the ball he looks very good, just doesn’t do it enough. Dealt comfortably with the man who is proclaimed to be ‘the best winger in the league.’
S Cook- 8 solid throughout, didn’t do an awful lot wrong. A very good showing.
CCV- 7 see above, only with a few individual errors dotted in which fortunately went unpunished.
Smith- 7 defended well enough and got forward when he could.
Lerma- 10 the man is now a God in my eyes. Don’t even care that he’s not the best at football.
Pearson- 9 MOTM what. A. Player. This guy quite simply has to start every game. The kind of player that makes an entire team look better. How on earth did we convince him to join our sh*t show?
L Cook- 6 was it just me or did he slip over virtually every time he had the ball. Hard to rate a guy who played a professional football match while wearing slippers tbh, but he did work hard.
Stan- 6 neat and tidy. Tried to make things happen. Not a lot came off for him today.
Danjuma- 8 now this one might seem like a controversial mark, due to the fact that describing his first half as non-existent wouldn’t even touch the edges. However, I’m trying to rate him based on the type of player he is, one who will be innocuous for long periods but provide the spark at pivotal moments. And today, love him or hate him, you can’t argue that he provided a spark that few else in the squad could.
Solanke- 7.5 worked hard and held the ball up well at times.
Long- 6 ran around a bit.
Wilshere- 5 looked off the pace tbh.

Solanke deserves at least an extra half-point credit for wearing a mask during the scuffle at the end of the match! Dom is not only an advertisement for Public Health England but surely is doing his best to avoid COVID and be available for our promotion and FA Cup runs. Full credit! – Join the conversation, click here.

🍒 You certainly can’t fault Dom Solanke’s #COVID protocols in a skirmish 😷 (give or take a bit of social distancing) #afcb https://t.co/RC1Oc0rhpi