Have The Hornets Lost Their Sting? 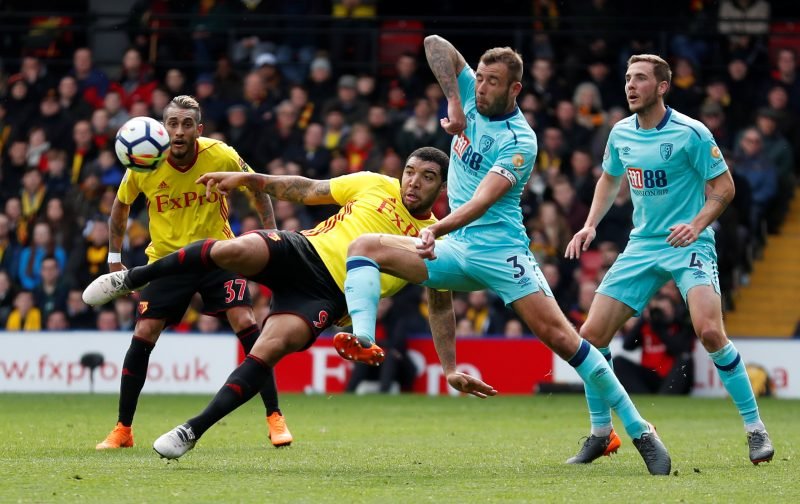 After our dismal showing against Norwich City the team second from bottom, our side travel to Vicarage Road to play the ‘strongest’ team in the Premier League Watford (the Hornets). It has been rumoured, but yet to be substantiated that their players have been on special weight lifting exercises, this is to help take the burden of taking the weight of all the nineteen teams above them!!! If you look high enough you will see the ‘Muff’ eleven places higher and with 8 points more. Joking aside this will probably be a tricky game as Watford have drawn their last two home games and picked up a point away against Tottenham in their last game. Watford have failed to score in 5 of their 9 league games. AFCB have failed to score in 2 of their 9 league games and they were in their last two games.

Their manager Quique Sanchez Flores is in his second term as manager, he took over in September from Javier Gracia who had only been in charge for one season with his side finishing in 11th place. But after only picking up 1 point in four games this season he lost his job. Flores was previously in charge at the start of the 2015-16 season when Watford took their place in the Premier League after being automatically promoted as runners up to the Champions AFC Bournemouth. At the end of the season with Watford finishing 13th, Flores and Watford parted ways.
In the Summer Watford signed three players, winger Ismaila Sarr from Rennes for a club-record fee of £40 million. Defender Craig Dawson from West Brom for £5.5 million. Former Arsenal striker Danny Welbeck on a free transfer.

The Hornets seem to have lost their ‘sting’ and have had a poor start to the 2019-20 campaign. They are the only team in the Premier League this season without a win. Watford started off losing their first three games, two at home, Brighton 0-3 and West Ham 1-3, in between those games they lost 1-0 away at Everton. Watford drew their next two games, away 1-1 at Newcastle and then home 2-2 against Arsenal. The next game is one their team and fans will want to forget, an 8-0 trouncing away against Manchester City, this was the highest score in the Premier League since Chelsea beat Aston Villa by the same score seven seasons ago. The next game was also an away defeat, this time 2-0 against Wolverhampton Wanderers. The Hornets next game was a 0-0 draw at home against Sheffield United. The most recent game was the 1-1 draw away against Tottenham.

The Cherries have had some very close games against Watford at Vicarage Road since we have been in the Premier League, the first three seasons ending in draws. Last season that sequence of draws was broken with AFCB winning by a convincing 0-4 margin, the Cherries were 0-3 up by half-time. In all our league games at Watford, AFCB have Won 14, Drawn 14 and Lost 24. All competitions, AFCB have Won 38, Drawn 38 and Lost 39.

Watford Team News
They have a few injuries, Troy Deeney out with knee injury, Danny Welbeck with an ankle injury, Isaac Success with a groin strain. Players who could be back include Etienne Capoue out with back injury.

Watford Player To Watch
Abdoulaye Doucoure had a good game against Spurs and scored their goal. Another player is Gerard Deulofeu is a strong all-round player and could cause us problems.

AFCB Team News
Charlie Daniels and Junior Stanislas are long term injuries. Injury site has both David Brooks and Dan Gosling for potential November returns, Brooks earlier in November and Gosling late November. Jefferson Lerma has a hip injury and may be available this weekend.

AFCB Player To Watch
A difficult one to choose after last weeks performance against Norwich. Callum Wilson was ill while away with England and didn’t look the player we know he can be. Josh King had fatigue and came on later in the game. Apart from Philip Billing and Adam Smith who both had good games, especially Smith after the time he has been out, Arnaut Danjuma looked lively when he came on and put one or two efforts in on goal. Hopefully Callum Wilson will have recovered fully from his trip with England and with Watford finding it hard to find the back of the net (one game with two goals their highest score), if Callum can get back his scoring boots we could possibly come away with a point or all three and he scored in both games last season.

Mike Dean is the referee.

Last season we had him for our home wins against Palace and Brighton, also the draw at home with Newcastle.

This season he has been dishing out the yellows, 8 in last nights game with Sheffield United and Arsenal.

Mike Dean! You just ruined my day Billy.
I will be just as upset if I see Harry Wilson in the starting line up!

Looking forward to the away day but not to be the first team Watford beat all season. Play a formation like Man City at home last season, don’t let it happen Eddie!!!!!!!! – Join the conversation, click here.