From Top To Bottom 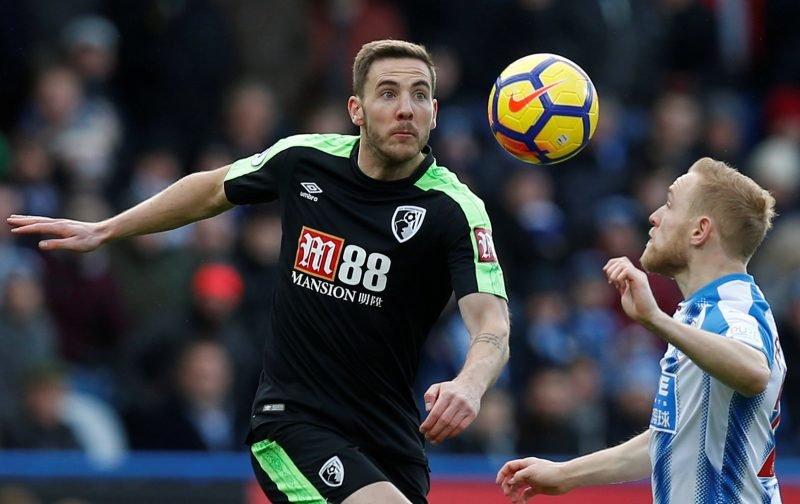 Manchester City’s victory 0-1 against us at Dean Court gave them the top spot after Liverpool drawing and taking just one point from their clash with neighbours Everton on Sunday at Goodison Park. The Cherries now are on their travels to Yorkshire to play the team currently at the other end of the table in the bottom spot Huddersfield Town (the Terriers).

Huddersfield Town appointed former coach with Borussia Dortmund’s second team Jan Siewert to become their new manager after David Wagner left his job in January. This was the role David Wagner held before joining Huddersfield in 2015 as their manager. Siewart hasn’t had a very good start. Losing his first four matches and then in their home game against Wolves, Huddersfield recorded their first win since they beat Wolves away in November, recording the double under different managers. Things returned to normal in the next game at Brighton with yet another defeat.

In the January transfer window, Huddersfield Town signed three players, one for an undisclosed fee, one on a free transfer and one on loan. Striker Karlan Grant signed from Charlton Athletic for an undisclosed fee. On a free transfer was left-back Jaden Brown from Tottenham, he joined Huddersfield Development squad. The loan player is midfield player Jason Puncheon from Crystal Palace joined until the end of the season.

After our home game at Dean Court in December, Huddersfield Town after 15 games were 17th in the table with 10 points. They then lost their next 5 games, away at Arsenal 1-0, home to Newcastle United 0-1, home to Southampton 1-3, away to Manchester United 3-1 and finally losing away at fellow relegation rivals Fulham 1-0. This meant they had lost every game (7) in December, finishing the end of the year in last place after 20 games with 10 points.

Start off a new year and January wasn’t much better, picking up 1 point out of a possible 12. First, they were home against Burnley, the Terriers lost 1-2. The next game was a visit to Wales to play Cardiff City, it finished 0-0 and the only point for Huddersfield Town that month. Back home to the John Smith’s Stadium to play Manchester City, City won 0-3. Next game the last of the month, was home again, it ended in a 0-1 defeat against Everton.

February started with an away visit to Stamford Bridge to play Chelsea, Huddersfield were thumped 5-0. Next game was at home against another London club Arsenal, the Gunners won 1-2. Then it was an away trip up to the North East to play Newcastle United, the home side took the spoils in a 2-0 victory. The last match of the month was at home, this time Huddersfield Town won, beating Wolves 1-0. Into March and the only game so far away at Brighton ended 1-0. The league table looking very precarious for the Terriers, rooted to the bottom after 29 games with 14 points, 13 points off a safety place with 9 games to go.

This season at Dean Court against Huddersfield Town, they had most of the possession and a number of more shots on goal and on target than AFCB. But the Cherries got two early goals to take a 2-0 lead, first Wilson and then Fraser. Huddersfield scored before the breakthrough Kongolo and it was 2-1 at half-time. There were no more goals in the second half.

Huddersfield Team News
They have more injuries than us. Currently on the injury list are Isaac Mbenza calf strain, Adama Diakhaby thigh injury, Danny Williams MCL knee ligament injury, Jonathan Hogg chest injury, Jon Gorenc Stankovic muscular injury. Tom Smith suspended. Possible returns, Demeaco Duhaney hip injury, Laurent Depoitre illness.
Jason Puncheon according to reports had a row with the manager and has since been left out of the team, he missed the last two games against Wolves and Brighton.

Huddersfield Player To Watch
Steve Mounie the big striker, gave us problems up there last season and ended up being MOM. Recently in their home win against Wolves, he was the only scorer and also MOM. Has scored 2 goals this season, both on his home patch. Also leads with 3 assists.

AFCB Player To Watch
David Brooks in midfield and Josh King up front. Could we be seeing Callum on the bench or even starting? That would be a big boost.

The referee is Anthony Taylor.

We have had him for three league games this season and one cup game.

League – Burnley A, Everton A and Liverpool A

Had the same ref at Burnley away? Hmmmm, this game is very ‘Burnley away-esq’ potentially. Given how our last trip to Huddersfield went…

I went up to Yorkshire for this fixture last season, and I’ve had a terrible record with away games this season (I went up to Burnley as well). I’m afraid everyone that I’m going to this on Saturday too. Please let’s hope the parallels end there.

Assumes Wilson won’t be fit to start. Be good to have him on the bench if possible though.

Re-use that back 3, it gives lots of height for set-piece defending. Huddersfield have some really good delivery from the likes of Pritchard (remember the artillery barrage from him in the Championship), Billing, and Mooy. Aimed at big defenders like Durm and Kongolo. If you were manager Jan Siewert you’d be seeing that as a prime way to hurt us.

Wing backs will be busier going forwards than they were against City. Together with the busier Gosling and Lerma, they should provide the work rate and industry required to match Huddersfield’s own endeavour. We lost up there last season because we didn’t match their work ethic or physicality, with too many lightweight players in our side. Last time up there we picked Ibe, Stanislas, Fraser, L.Cook, with Mousset later, and they got pushed and shoved all over the park. We cannot make that mistake again and need more beef to the side, at least to start with. Get into ’em.

Then the front 3 bring the quality and pace, either to push Huddersfield back or to spring on the counter. They can do either job. It’s must-win for Huddersfield and the longer it goes on without them scoring the more they will have to push forwards.

Get them up for the fight this time Eddie. – Join the conversation, click here.