Fond Memories Of How It All Began 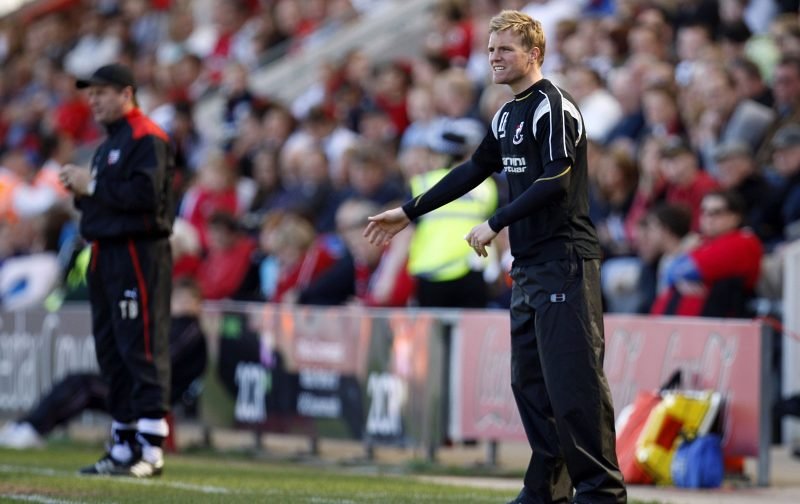 With the Cherries fans still celebrating the first-ever away win against Saints, it would be easy to forget the team have another away game on Wednesday night. In fact in an interview on MOTD with Eddie Howe after the Southampton game, Eddie said there are a few times when you have that pure emotion and joy for a few seconds, then you start thinking about next week and West Ham.

First, the club have to travel to Burton-on-Trent in Staffordshire to play Nigel Clough’s First Division team Burton Albion in the Third Round of the League Cup (EFL).

The Cherries and their fans will fondly remember this ground from Saturday 24th April 2010 when our club secured promotion to League 1 with Eddie Howe as our manager in his first full season in charge with goals from Brett Pitman and Alan Connell in a 0-2 win. AFCB finished in second spot behind the Champions Notts County, the fortunes of both clubs dramatically changed over the following years, with Notts County now in the non-league and the Cherries in the Premier League. The non-league loomed the previous season but for Eddie Howe’s tenacity, he turned the clubs fortunes around, to where we are today.

In the League Cup, this season Burton Albion in the first round beat Port Vale 1-2 away from home. In the second round they were drawn at home to Morecambe, Burton beat them 4-0. The Cherries came into the competition in the second round at home against Forest Green Rovers, the game finished 0-0 and AFCB won 3-0 on penalties, mainly thanks to three penalty saves by Mark Travers.

The first time we met Burton Albion was in the First Round of the FA Cup at Dean Court, the Cherries won 8-0, it was the 1956-57 famous FA Cup run where we were beaten at home in the Sixth Round by Manchester United by 1-2 (still don’t think that was a penalty). Including that FA Cup game, the Cherries have Played 4, Won 4 against Burton Albion in all competitions.

Burton Albion Team News
They could be without Stephen Quinn with a knee injury and John Brayford with a calf injury, both players injured in the recent game league game against Tranmere Rovers.

Burton Albion Player To Watch
Attacking midfield player Scott Fraser, the strong all-round player who has scored 1 goal in this cup and 3 goals in the league which was a hat-trick. Also has 3 assists in the league.

AFCB Team News
We could see Simon Francis make a welcome appearance in this match after his long injury lay off. Another player who may make an appearance could be Lloyd Kelly. Otherwise, expect Eddie to ring the changes as he does for cup games and another important Premier League game three days later.

AFCB Player To Watch
Simon Francis and Lloyd Kelly, especially Simon after his long time out with his injury.
As our season progresses, these two players could play an important part.