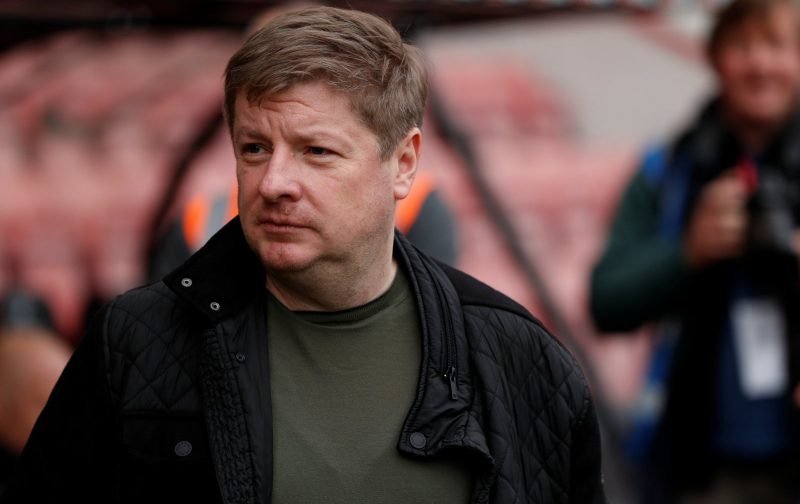 AFC Bournemouth owner Maxim Demin is widely renown for his preferred status as somewhat of a silent owner of the Cherries.

Not necessarily in the business sense, but certainly publicly.

During his first twenty-two, months of being involved in the Cherries Demin made no public statement, gave no interviews, he remained a mystery with not even a photo of what he looked like in circulation on the internet. In September 2013 he bought out Eddie Mitchell and became the sole owner of AFC Bournemouth and he would go on to do an interview for a Russian TV station.

That interview remained one of the few if only times he’s spoken to the media or made a statement in the following six and a half years, until yesterday.

The statement has been widely received by the Dean Court faithful as it confirms Demin’s commitment to the football club after slipping into the Championship, however it made no reference to the current status of AFC Bournemouth manager Eddie Howe.

“…I do not want the past five years to merely be memories that fade over time. I want to create new memories that match and better the ones that have gone before.

“I am committed to taking this club back to the Premier League as soon as possible, to a level I believe we belong at.

“Over the past five seasons we have built and developed a young, talented, squad with international experience.

“These players are the future of this football club; ones I believe can thrive in the Championship and help us achieve our goal.

“And that is what we are now fully focused on. While it is important to analyse and assess the past 12 months, we are looking to the future and ensuring that we are a stronger and better club for this experience.

“AFC Bournemouth is built on unity. Whatever challenges this club has faced historically, togetherness has always been its greatest strength…”

Well, that makes me feel a bit better! I wish we would hear from Max a bit more regularly, to be honest.

I hope they have learnt some lessons and look at rebuilding with a youthful, talented squad (which we already mostly have), control salaries (ie capped) and invest in infrastructure over-inflated salaries.

When we were discussing the lack of statement yesterday, I mentioned Eddie was angered by something Mitchell said after turning down Palace and it probably made an impact on his eventual decision to go to Burnley.

I think Max is wise to leave Eddie out of it in any statement he makes until he announces his own intentions. For that reason, I think it’s silly to infer anything positive or negative on the lack of Eddie being mentioned in the statement.

I don’t believe we’ve ever had such a statement from (or at least signed from) Max himself? Odd but hopefully good to see and bodes well. Hopefully, hear from Eddie at some point though.

Great to see that statement. Max : )

When I first read it, I’ll admit, I was looking for the paragraph about Eddie staying. Having had time to think about it, I think Max knows and respects Eddie enough to know he can’t just make statements on Eddie’s behalf. I choose to believe they have a meeting scheduled, to discuss budgets, players and staff to keep, as well as Eddie’s plans. Hopefully, Max can keep the Demin/Howe axis going : )

If Eddie announces he’s staying then somehow this will end up feeling like one of the most positive weeks we’ve had in years. Yet we’ve just been relegated. Funny old game….

Delighted Max has acted so positively and laid out his ambition.

But I’m uncertain what to make of Eddie’s absence from the statement, and that’ll bother me until we know he’s staying.

I particularly value this statement since Max always struck me as a man of his word. If he is prepared to say these things in public then to me that is a strong indication that he will back it up with his actions.
Hopefully, Max and Eddie are now both singing from the same song sheet and tomorrow we’ll get confirmation that Eddie is staying, determined to once again help Max achieve his stated ambition.