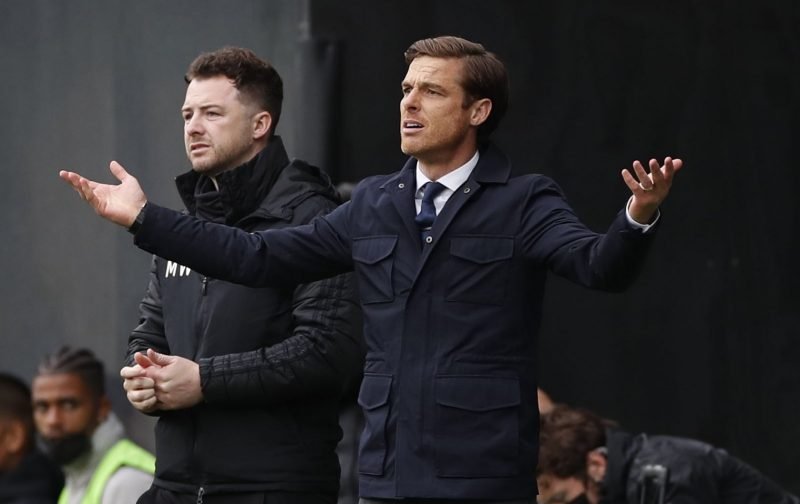 Only a friendly yes, but early observations:
– AFC Bournemouth head coach Scott Parker set the team up in a 4-1-4-1/4-3-3 formation. One deep-lying midfielder (Kilkenny) picking the ball up from deep to start making the play. Two midfielders in front playing in what I suppose you would call the traditional ‘number 8’ role.
-It was evident that SP wants the team to play with great intensity as a high pressing unit. While out of possession the team pushed up very high, when possession was lost the emphasis was on multiple players swarming the opposition to win the ball back as quickly as possible. It’s clear he wants the centre-backs to push high and to be comfortable carrying the ball into midfield.
-the emphasis on the ball was on playing in small triangles in the wide areas to create an opening. Most/all of the opportunities we created were a result of combination play between the full-back, the wide forward, and the advanced midfielder on that side. He seemed to want the full-backs to push very high up the pitch in order to create the opportunity for these triangles to develop.
-in terms of individual performances, Anthony really stood out for me. A lot of the players were (understandably) quite rusty, often taking a poor touch or holding on to the ball for too long. Anthony’s weight of pass and timing of when to release the ball was pretty spot on, this lead to a number of opportunities in the opening half. I like the fact that although he clearly has the ability to beat an opponent, his first inclination seems to be to find a team mate in a better position.
-The other stand-out players for me were Ibsen Rossi, calm, composed and quick. He looked very comfortable and a couple of the long passes he sprayed were a joy to behold. Kyle Taylor also looked promising, getting very involved and constantly looking for the ball. Some very promising performances from the under 23s. All be it only a friendly against very ordinary opposition. A few of the senior pros looked a little rusty but is to be expected first game of pre-season. I saw enough early signs today that Parker’s footballing philosophy has the potential to be entertaining if the players buy into it.

"The most important thing is fitness and seeing things you're trying to develop in training."

We conceded two unnecessary goals against pretty poor quality opposition though, which is a worry. Especially because there was a sense of dejavú about it. As if nothing at all has changed in that regard. I’d like to see us looking capable of keeping a clean sheet but today we looked far from solid. Hopefully, Cookie coming back soon will help. I’d still like to see us splash out on Cameron Carter-Vickers though ! – Join the conversation, click here.