Decisions, decisions for Howe and Bournemouth 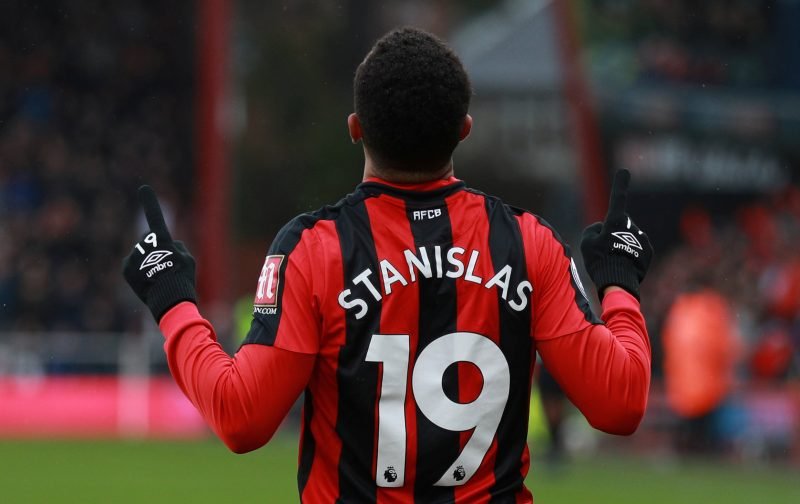 AFC Bournemouth attacker Junior Stanislas showed that despite not having returned to fitness following a serious knee injury, the Cherries were completely justified in offering him a new and improved contract until the summer of 2021 last month.

After just 25 minutes of Premier League football this season (22 minutes against Burnley and 3 minutes to that point against Crystal Palace), Junior Stanislas stepped up to take one of the coolest penalty kicks you will see to win a match in the 87th minute.

Up until this week, the attacker hasn’t featured since suffering a serious knee injury in the Premier League fixture away to Watford back in March.

???? Great to see Junior Stanislas back in #PL action and amongst the goals after a lengthy injury ????

The 28-year-old has played a key role for the Cherries since promotion to the Premier League, he has now been directly involved in 25 goals, scoring 16 times in the top flight of English football and taken 9 assists from 63 Premier League appearances (52 starts).

“It was a tough moment for him, coming onto the pitch and being given a penalty without touching the ball. Without really feeling that you’re in the match, it’s not an easy thing to do to get the composure to finish it off, but he took it really well. It’s been a long journey back from injury for him so I’m very pleased.

“We’ve got a number of penalty takers. Joshua King would probably say he has the right to take them as he’s taken the last few very well, but that’s a decision we have to make.

the formation that finished the game would be at its best with Stanislas on the wing King was on and with King up top instead of Callum but I just can’t see Eddie ever doing that. – Join the conversation, click here.