Daniels tells Rico to “Bring it on” 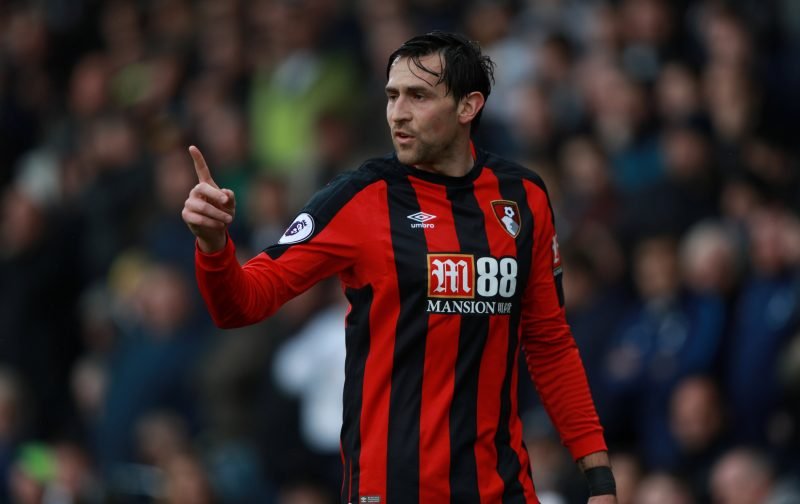 The competition for the left-back role at AFC Bournemouth is about to heat up.

Over the summer, the 31-year-old Charlie Daniels watched on as Cherries manager Eddie Howe spent £10.7million to sign Diego Rico from Leganes.

But since his move to the south coast from Leyton Orient in 2011, Daniels has seen off competition from Marcos Painter (loan from Brighton), Ian Harte (free transfer from Reading), Rhoys Wiggins (£200,000 from Sheffield Wednesday), Brad Smith (£3million from Liverpool), Marc Wilson (£2million from Stoke), whilst injury and a change of position has seen £8million signing from Ipswich Town Tyrone Mings switch from challenging for the left back position to becoming a centre back.

But at 25-years of age and with a wealth of experience from Spanish top flight, La Liga, Rico is a serious threat to Daniels starting XI birth, once fully integrated into the side and he has served his suspension which has rolled over from his time in Spain.

That suspension ends after the upcoming game against Everton at Dean Court, giving Daniels one more game to prove he deserves to keep the shirt.

“It is going to be tough but that is what Premier League clubs do – they sign good players who threaten your position.

“It is going to be a challenge but one I am looking forward to.

“A lot of left-backs have come to the club since I’ve been here, it is not new, but it is another challenge and, hopefully, it will make me better.

“I relish it. I’m the sort of person who rolls up their sleeves and says ‘bring it on’. We will see what happens in the next six months.”

There were games where it felt like Daniels was flagging last season but then, since he’s essentially carried the LB load alone since we got promoted, it isn’t a huge surprise. Having an option that’s ready to step straight into the first team there is something we desperately need. – Join the conversation, click here.