Cook: The best day of my life 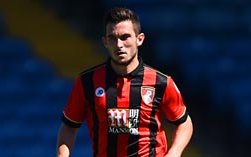 The young midfielder, a 2016 summer signing from Leeds United became the first man since Bobby Moore in 1966 to captain England in the final of a World Cup and then went on to lift the trophy.

England progressed to the Under 20’s World Cup final by beating Argentina and South Korea in the group stage (also drawing with Guinea).

In the second round England defeated Costa Rica, before beating Mexico in the quarter final.

In the semi final, England came from behind against Italy to win 3-1.

England went on to beat Venezuela in the Suwon World Cup Stadium to win the tournament with Cook lifting the trophy after collecting his world cup winners medal.

“It was unbelievable, the best day of my life, by far, It has not sunk in yet. I am so proud of all the lads and the staff. I want to say a massive thank you to my family and my friends for all their support…’

‘…Venezuela were really good, Credit to them, they came at us in the last 30 minutes and it was really tough – but luckily enough they did not get the goal. But not every game can be pretty. We got the win and we are the champions.”

He had initially walked straight into Eddie Howe’s starting XI, beginning the season in the opening weekend against Manchester United.

However numerous injuries kept him sidelined until a flurry of appearances at the tail-end of the season.

Even we were kept in the dark about his injury …we still dont know the extent or non extent. That aside we can look back now and say whatever happened or didnt happen, Eddie has nurtured the kid and perhaps kept some pressure off his young shoulders. – Join the conversation here.