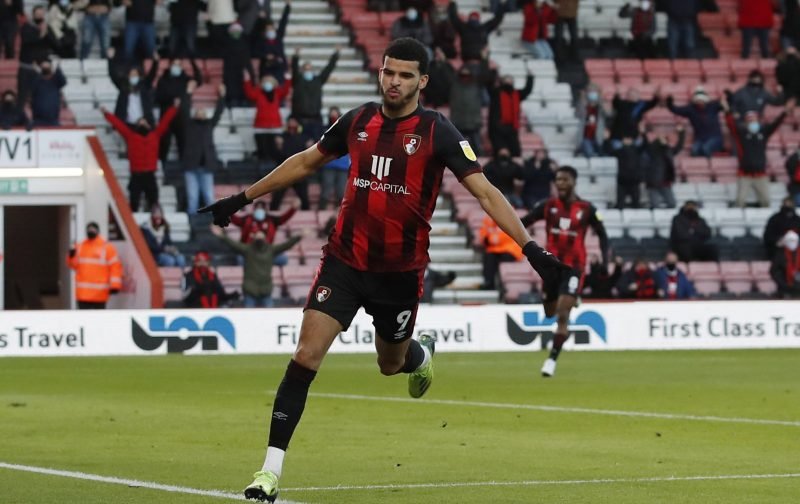 The Cherries come to this game with a place in the play-offs all but secure. Watford’s win over Norwich has dampened talk of automatic promotion in all but the most optimistic fan, and it is very unlikely that both Barnsley and Reading could overhaul us. We still want momentum heading into the play-offs though, so there will be no letting up. There has only been one change – and this makes little difference to the side’s quality – we are blessed to have two good right-backs and Stacey comes in for Smith. The home game with Millwall was near the start of our bad run that saw Tindall lose his job. The highlights of that game screened before tonight’s showed a disjointed team playing 5 at the back but still looking susceptible to the counter and aerial threats and clinging on to a one-goal lead that we failed to do. This said, there was a glorious move of about 20 passes from the back that almost resulted in a goal so it was an erratic performance. This AFCB team looks a different beast though, a settled formation, Carter-Vickers and Pearson (both Tindall signings to give him credit) adding steel to the spine of the team, with confidence running high, and only Lewis Cook out injured. Millwall are the draw specialist (with 17 in 42) but we are the form team with six wins on the spin.

The first 5 minutes were fairly drab, Millwall’s keeper seemed to have a worse kicking radar than Begovic, kicking two straight into touch. Both teams couldn’t get control and were prepared to go direct, potentially biasedly ours appeared to be more accurate than the Londoner’s. The only glimpse of early quality was from David Brooks who showed some tricks and was blocked/stumbled as he hit it. The replay showed a strong arm to his chest, that did impede him, but I’d have been upset if this was given against us. A nice link-up between Brooks and Solanke saw Danjuma through on goal but this was flagged offside. The pitch was watered prior to the game and players were losing their footing which hopefully won’t cause any later problems. The mistake came but wasn’t due to footing problems. a long ball up allowed Solanke to outmuscle the defender before someone made a complete hash of it, allowing Solanke to play in Billing who coolly dinked it over the onrushing keeper. We hadn’t been good, but we’re in front. As an aside, the keeper has a lustrous beard that had been thought extinct in the modern game and putting Pearson’s effort to shame. Solanke was fouled about 25 yards out on the right of the goal. Danjuma put in a cross that Cook headed across goal but too near the keeper, who pushed it away. AFCB were on top, Danjuma jinked in from the left and had his shot deflected over. From the corner, there was a worked move that saw Solanke’s flick held onto by the keeper. We were on top, but Millwall were still showing some threat. After an attack that we stifled through intense pressing, a poor pass ran through to Begovic, the big keeper then makes me look stupid by firing a kick straight down the field to Danjuma who had outsprinted the defence and although their keeper got a touch on it, it’s 2-0 before the half-hour mark, with Millwall having rarely threatened and Begovic’s kit being as clean as at the start of the game. The most worrying thing is a potential ankle injury for Kelly that happened in a tackle following a break upfield. This isn’t the time for any risks to be taken with Rico coming on immediately. This might be a good game for the Spaniard to get some confidence back, but I hope Kelly hasn’t got a serious injury as he looks to be established a superb partnership with Danjuma. Another player in need of a boost of confidence is Brooks, things are very nearly working for him but it isn’t happening. Then on the 44th minute, Solanke was strong and played in Brooks who skipped past his man and put it into the goal against his run with the keeper flat-footed (or losing his footing). Just before half-time we had got a little sloppy as though we knew the game was won and wanted to show our style. This was allowing Millwall some counters and in the last minute, a corner was swung over which Begovic claimed and at last managed to get his orange kit on the turf. The whistle was blown – it’s almost all over, we’ve played well, with only Kelly’s injury the shadow on a dominant performance once we got going. I’d expect a few early changes in attacking positions, let’s keep that clean sheet and get Rico used to the system if he’s needed for the next couple of games.

Fifteen seconds into the second half Malone clobbers Brooks with a bad tackle and picked up a yellow card. It’s clear there must have been some harsh words at half time. The clean sheet went in the 48th minute, with Cook miskicking and Wallace finishing well. We didn’t let up with Rico stealing the ball and putting in a delightful cross that Solanke put over from inside the six-yard box when a goal looked a certainty. With two assists and his hold up play, Solanke has had a good game, but this one will haunt him if we don’t win. The game was coming to life and more even, which is not what we wanted. A niggly battle was starting to develop between Malone and Brooks, and it wouldn’t be a surprise if the former got a second yellow came. My nerves were settled with the best goal of the night, Pearson played it in to Billing who played a one-two-three with Solanke with Solanke picking the bottom right corner. 4-1 and we go top scorers in the championship. Stanislas and Surridge on for Danjuma and Solanke. There was almost an instant reply with Brooks heading off the line after Begovic spilt a corner. We were playing with confidence, with a beautiful dummy by Stanislas, finding Billing who needed to be more selfish but tried to set up Surridge. A triple substitution for Millwall in the 77th minute was probably indicative that they wanted to try new options. A minute later there was a flowing move with tricks-a-plenty between Brooks and Billing which saw the Welshman cut in from the left and strike the inside of the far post with a defender beating Billing to the rebound. Stanislas went on a mazy run that saw him flash a shot from the right past the left post. With 10 minutes to go there was time to rest some legs. Pearson and Brooks came off for Wilshere and Smith. Stanislas made another break but shot rather than trying to find Surridge, although the keeper may have cut out the cost anyway. The game petered out, both teams knew the game was done, we were happy to pass it around the back and they couldn’t be bothered to hassle us more than that needed to look like they were trying. 9 points from what looked like three tough away games is excellent form, break out the Spritzers. The only bad thing was a shot near the end of Kelly in a protective boot – let’s hope it is only precautionary.

Begovic: 7. A direct pass to set up the second goal which initially settled the nerves. Spilt a corner but generally safe.

Kelly: 7. A good game prematurely ended by injury. Brentford’s form has dipped with the loss of Rico Henry, and we have to hope the same won’t happen here

Cook: 7. His mistake cost us the goal but apart from that Millwall created very little from open play.

Carter-Vickers: 8. Signing him up would be the first action at the end of the season if we can

Stacey: 7. Part of the back 4 that gave away very little bar the scramble from a corner. He won’t let us down if needed

Pearson: 8 Patrolled the midfield and dictated the pace. Could be crucial in the heat of a play-off

Lerma: 7. A few sloppy balls early on but he settled down as was Cherries Mr Reliable as normal.

Billing: 8. (MOTM-just) Yet another goal from the Dane, but aside from this, some lovely link-up play. Put in the yards and would have had a second if the ball had rebounded off the post to him.

Danjuma: 8. Another game another goal for Arnie

Brooks: 7. A quiet opening half but visibly grew more confident and started running at people. An in-form Brooks is a massive asset and we hope the second half is a sign of what is to come

Solanke: 8. An enigma, if he could put away easy chances he would be playing at a much higher level. Two assists, one goal and a head in your hands miss.

Rico: 7. Having been taken out of the firing line he looked a much better player. Generally, a good comeback game with one moment of skill nipping in to win the ball and fire over a cross that Solanke should have tapped in

Stanislas: 7. Much better than in recent weeks so the illness and injuries may be behind him. With Danjuma, Brooks and Stanislas we have wingers to scare any opposition

Surridge: 7. It seems as though Surridge has the type of physique and face that referees like to give free kicks against. Harshly adjudged to have fouled opponents on a number of occasions and was given little in return.

I would like Max to put a bid in for CCV now because if we do get promoted and try to buy him in the summer then Spuds will just add some more zeros onto the end of the price. He is just as solid as Cookie only without the mistakes.

Pearson is looking better every game. He seems to be involved with everything we do and I think he can step up to another level. Him and Lerma are the sh#thouse brothers and they put in some serious yards every game.

Solanke has done well this year but should have scored a hat full more goals with the opportunities he has been given. If we do go up a new striker must be top of the shopping list as we can’t afford to miss the easy chances.

We have got some real momentum and the team is looking confident and finally playing the sort of football we always knew they were capable of. If we had been fortunate enough to have the same stability as Norwich we would be fighting for the title with them. Never mind, Saturday against Brentford will be a good indicator for the play-offs and we should go into that with confidence. – Join the conversation, click here.