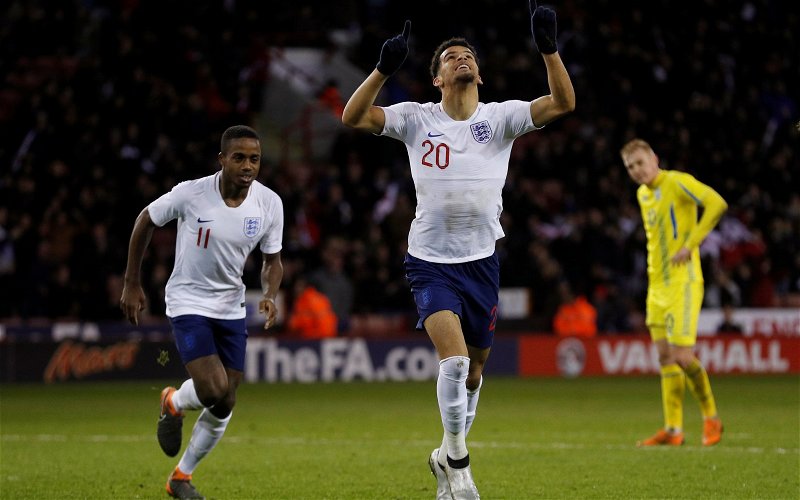 All eyes in the Premier League were on AFC Bournemouth today with the expected signing of a Liverpool player.

But when the announcement came late this afternoon, it was somewhat of a surprise as it wasn’t who everyone had initially expected it to be.

Instead, the first Cherries signing of the January transfer window turned out to be 21-year-old striker Dominic Solanke.

A former England Under-20’s World Cup winning team-mate of Lewis Cook, the surprise wasn’t necessarily a bad one. Just that the priority with injuries to right back’s Adam Smith and Simon Francis and central midfielder Lewis Cook didn’t appear to be a forward – Even with the expected departure of Jermain Defoe to Rangers.

Delighted to put pen to paper with @afcbournemouth . Really looking forward to start working with some great players and a great manager. Exciting times ahead!???????? pic.twitter.com/PKWqwBMtlx

Officially Solanke signs a deal described merely as “a long-term contract” for an “undisclosed fee”.

The Daily Echo believe the deal is worth “around £17.5million” with “add-ons potentially increasing the sum higher”.

Sky Sports have reported that the deal is for “£19million plus add-ons” and on Sky Sports News a contract in the region of four-and-a-half years has been mentioned.

The England international had a number of admirers during this January transfer window.

It had looked likely that Crystal Palace would sign Solanke and it was even reported that he had a medical with the Selhurst Park club. The deal was said to be a loan move and Solanke is currently carrying an injury, so it was decided over the head of manager Roy Hodgson to withdraw from the deal.

Before Solanke had apparently opted for Crystal Palace he was also linked with Brighton & Hove Albion.

They had been said to want him on a permanent deal.

The reason why Solanke has so many admirers is his goal scoring record at a relatively young age. At 6ft 2″, Solanke has scored at all age levels for England. Scoring 35 goals in 67 appearances from Under-16’s to Under-21’s.

He also boasts one England cap playing in a friendly against Brazil in November 2017.

“I think the club is going somewhere. Over the past few years, they have been really good in the Premier League and had some good positional finishes as well. I think it’s a good club to be at, especially for someone of my age.

“I spoke with the manager this morning. He is a really nice guy. From playing and watching the Premier League, I know the sort of manager he is. I was excited to meet him and am really looking forward to working with him and seeing what he’s about.

“My main target is to score goals and, being a striker, hopefully I can get a few for the team and help the team get wins. Playing in the Premier League, every game is tough and together we can try to do as well as we can.”

Brilliant signing! Only just turned 21, looks a brilliant fit for us and such an Eddie buy.

Only thinking £19 million is alot though but that’s the going rate for young English players nowadays.

This definitely means there’s money in the bank this January though. – Join the conversation, click here.