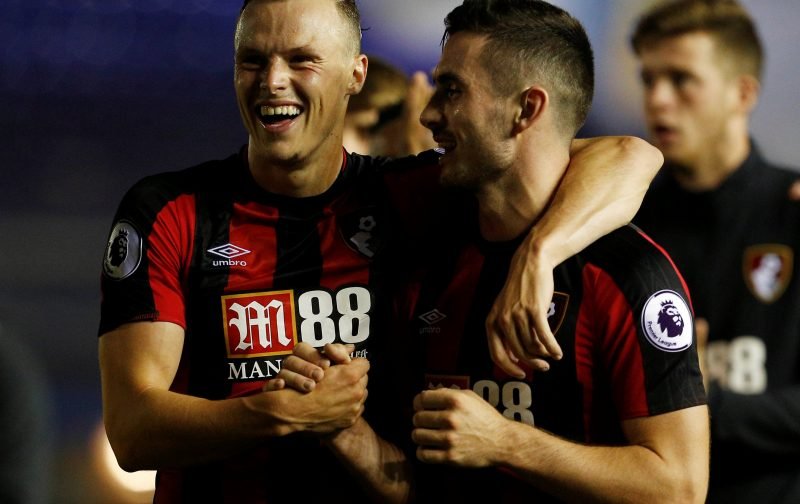 AFC Bournemouth have announced their first two pre-season friendlies of the summer.

The Cherries have announced back-to-back away fixtures to two Championship outfits, with games against Bristol City and Nottingham Forest.

The first will be played on Friday 27th July, the second less than 24 hours later on Saturday 28th July.

In recent seasons this has proved to be a deliberate tactic of the management at the Cherries with the squad split between the two fixtures, giving players longer playing time ahead of the upcoming Premier League campaign.

Another friendly has now been confirmed ✅

We'll be making the trip to Ashton Gate to take on @bcfctweets in July.

We'll be taking a trip to the City Ground to face @NFFC in pre-season. Full details ➡️ https://t.co/vjeoBOlekT#afcb ???? pic.twitter.com/yspuy4rA4H

So a Cup squad for this game and for the one at Forest on Saturday 28th! Not much thought for the fans in all this. I certainly won’t bother to go to either game.

With the Premier League starting on w/e 11 August that won’t give us much time to put our preferred starting eleven out in a pre-season game.

It’s not the quality of the opposition that has been a problem in recent years, it’s experimenting with different formations and lineups and thus not giving the first 11 a chance to play with each other before the 1st game.

Quite agree. Not once in any of our pre-season games last year, did we play anything like the team that looked so disjointed and thus lost the opening game to relegated West Brom.

We do need to sort out what 11 and system we want to play come the opening game. Those two piss poor performances and defeats to West Brom and Watford, combined with the following run of top 6 fixtures and thus defeats, set the tone for the entire first half of the season which saw us in the relegation zone at Christmas. Crystal Palace had “the worst ever start to a Premier League season” but we were right there with them, and would have gotten far more press and pressure had it not been for their marginally larger incompetence.

I think its especially important to hit the ground running at the start of next season. Many of our rivals will have players at the World Cup while our lot should be well rested after their beach holidays.

I do get the argument we look to peak later in the season, but this is a good opportunity to take advantage and get some points on the board early. We can’t assume our superior mid to late season fitness levels will continue to guarantee last-gasp goals

Given the drills and specialist match practice Eddie does, I don’t think we need to play that starting eleven in friendlies. Pairings of players are helpful though like ake and cook centre-half or Pugh and Daniels. Eddie deliberately selects two games in successive days so must be a reason, one of which I assume is to give everyone 90 mins with enough recovery time to leave time for review and prep for next game rather than dragging out over a week.