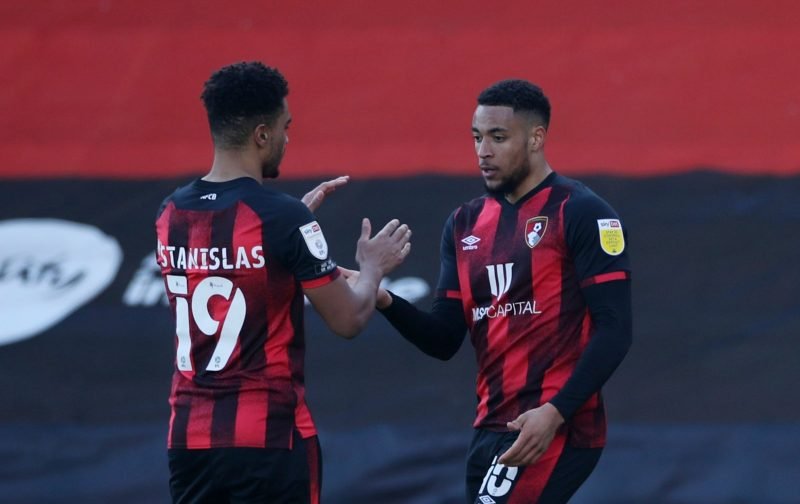 Around six weeks ago, AFC Bournemouth rejected an approach from Spanish side Villarreal for Arnaut Danjuma.

For most of the time between then and now, transfer talk regarding the 24-year-old remained quiet.

AFC Bournemouth had reportedly placed a £20million asking price on Danjuma’s head and wouldn’t facilitate a transfer unless that valuation was met.

Being able to offer players European competition appeared to hold a lot of sway with the Dutchman, who understandably was keen to swap life in the second tier of English football, for life in La Liga and the experience of playing in the European Cup.

As the week’s ticks by, Danjuma did not play any part in first-team affairs with a reported injury knock keeping him sidelined.

On Wednesday, reports via Italian journalist Fabrizio Romano claimed that Villareal and AFC Bournemouth had agreed on a deal meeting the asking price and that Danjuma was on his way to Spain to agree personal terms on a five-year contract.

🍒 @solentsport has had this report from @FabrizioRomano confirmed by sources at @afcbournemouth. Player was very keen to leave, as most #afcb fans knew probably. https://t.co/LyuznOXElT

“Yeah, we’ve accepted a bid for Arnie. That bid has come and has been accepted by the football club. Arnie is now on his way to his medical so I suspect he will be leaving the football club in the next day or so.”

By Thursday morning AFC Bournemouth confirmed the transfer in a brief statement on afcb.co.uk that read in full…

Arnaut Danjuma has completed a move to Villarreal for an undisclosed fee.

The Dutch international has put pen to paper to join the Europa League champions having been with the Cherries since August 2019.

During his time on the south coast, Danjuma played 52 times for the club and netted 17 goals.

The 24-year-old was also named in last season’s EFL Championship Team of the Season as well as winning the club’s supporters player of the year award.

That undisclosed fee has been widely reported as in the region of €25 million, representing a €10 million profit after buying Danjuma from Club Brugge in August 2019.

AFC Bournemouth have accepted a bid that could total €25 million euros from Villarreal CF for striker Arnaut Danjuma.

Danjuma will travel to Spain today.

A €10 million profit appears good business for a player whose appearances on the pitch were somewhat limited.

Thank you Bournemouth 🍒 ⁣
⁣
It’s tough for me to leave as we had unfinished business and this club deserves to be in the prem.⁣
⁣
As some of you know I’m a very ambitious individual and the need to play at the highest level possible isn’t a want, it’s a must, so when the up coming opportunity presented itself I had no choice.⁣
⁣
That said I’ve shared some brilliant moments with you and I’m proud to say I played with such a great group of people. The team, the coaches, the staff and of course the fans. ⁣
⁣
One thing I will say, is from what I’ve seen in pre-season you’re in brilliant hands. Scott and the boys know the expectations and potential of this club so I am fully confident saying goodbye knowing you’ll get the job done. ⁣
⁣
Good luck in your future, I’ll be back soon to see you all. In Sha Allah 🤲🏽 ⁣
⁣
❤️ ADG

I like the bloke, he seems to be a straight talker and believes in his own hype, which is fair enough as he did walk the walk as well, albeit in the championship… However, I do think there is a fine line between believing in your own hype and being big-headed and a bit patronising…

I read his IG post and I felt that it was a little bit patronising towards the colleagues he leaves behind… I feel it makes him look like he believed he was a little bit better than the others… Maybe that is just me though. Maybe I’m reading too much into it and maybe it’s just the way he is… I wish him well and am very interested to see how he goes at a higher level. Glad I got to see him play a couple of times in Red and Black… – Join the conversation, click here.