The big news in the days prior to the game was Mark Travers loan move to Swindon Town, which opened up a place for Will Dennis to make his debut for the Cherries in goal with Asmir Begovic rested.

However, if anyone thought JT would name a fully inexperienced team then they would be mistaken, with an attacking three of David Brooks, Rodrigo Riquelme and Joshua King leading the line.

They were supported in midfield by experienced duo Dan Gosling and Philip Billing.

In defence, it was another debut, in the form of United States of America and Tottenham Hotspur central defender Cameron Carter-Vickers.

After the match, Tindall told the Daily Echo…

“We weren’t good enough in the first half, I felt we were way below our standards, way below the expectations we set ourselves, hence the tactical change at half-time.

“Certainly way below my expectations as a team and I’m sure from the expectations of the individuals in the first half. But much better second half.” 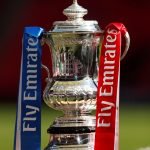 "It's a big moment for me and my family"

A Bournemouth debut between the sticks for Will Dennis today 👏

Listen to the Cherries youngster with @kristemple after the 4-1 FA Cup win 🔊👇 #afcb 🍒 pic.twitter.com/OsK1UJTJDn

Your first glimpse of @cameroncv2 in a Bournemouth shirt today 👀

Will we see more of him this season?

Listen to Cameron Carter-Vickers with @kristemple after the 4-1 win against Oldham 🔊👇 #afcb pic.twitter.com/tLpxymlTwq

We won
Four goals
Great to have Jack Stacey back and he looked ok
Cameron Carter-Vickers looked very comfortable
King must have added to is price, if he is going
Dennis, Zemura, Kilkenny and Roro looked ok
I thought Anthony looked particularly sharp when he came on

Other:
Poor first half again
Gozzer was all at sea
Brooks mixed
Billing ducked out of a lot of 50/50s

Onward to the next round

Zemura at wing-back looks tasty.
CCV looked ok, will be an option. Simpson ok.
Good to get Stacey some minutes. Guessing Smith starts on Tuesday but Stacey will be needed.
Good for Roro and Brooks to get goals, in and out of the game.
King in the shop window, also in and out.

Carter-Vicker’s not in competition with Simpson to be fair…..As a right-sided Centre Back he’s vying for a spot ahead of Chris Mepham or Steve Cook…..a tough ask, unless we play with a 3…….. it wasn’t so much that CCV did anything stupendous but rather the fact that he was so solid…..didn’t put a foot wrong………I really don’t get the criticism of Simpson either….no one on here ever mentions the good things he does……just one of those players. – Join the conversation, click here.