Case for the defence 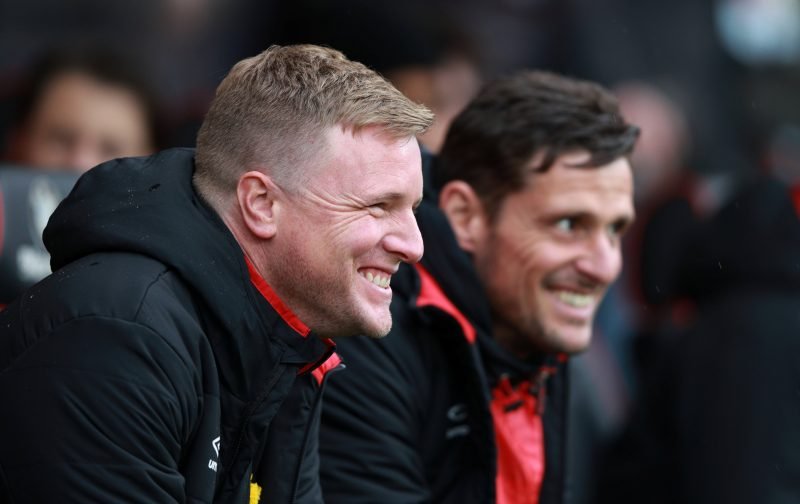 Since promotion to the Premier League, AFC Bournemouth have always had their critics in the media.

Whilst many are complimentary about the Cherries expansive, positive attacking style of play, it led to easy criticism when the results went against them.

The usual cliches without substance of, too naive, needing a plan B, needing a change of philosophy, needing to stop shipping goals against multi-million and sometimes multi-billion pound sides that dominate English and often European football.

But AFC Bournemouth manager Eddie Howe has always stuck to his principles of passing football, playing from the back. Whilst improving the side defensively through coaching and when possible in the transfer market.

The regular back four often still includes Simon Francis, Steve Cook and Charlie Daniels, who all played for the club during the League One days.

Adam Smith too is a regular in either full-back role, who over two stints at the club has also played in the top three divisions of English football for the Cherries.

The additions have been Nathan Ake, now arguably the first name on the team sheet and expensive signings Tyrone Mings and Diego Rico. That trio cost in the region of £40million. Add goalkeeper Asmir Begovic into the equation and the defensive unit cost around £50million.

With AFC Bournemouth now in their fourth season in the Premier League the defence is still seen as the weakest link, not due to the personnel, but due to the way the side play. If your philosophy is to attack, you’re going to allow chances down the other end.

“Absolutely. It’s (defence) the area we have to improve more than any other.

“Even when we have dominated this season, we have ended up conceding one or two goals.

“We weren’t at our very best at Watford but we kept a clean sheet and there were a lot of good defensive performances within that, so that was really pleasing.”

AFC Bournemouth have gone into this international window sixth in the top flight of English football after an excellent start to the 2018/19 campaign.

5 wins from 8 games, 16 points from 8 fixtures, leaves them 4 points adrift of top spot and 13 points clear of relegation.

16 goals scored leaves Manchester City, Arsenal and Chelsea as the only clubs in the Premier League who have scored more.

12 goals against is also reasonable as 12 other clubs have either also conceded 12 or conceded more.

talkSPORT have put together a list using the statistic “expected goals (xG)”.

Alongside more traditional match statistics such as shots on target, possession, touches in the opposition box and so on, the latest “expected goals” statistic is used to show how a side in performing. For a more in detail explanation of how this is calculated, click this link.

This table lists AFC Bournemouth sixth, but whilst this correlation links perfectly with the current league position that is just a coincidence.

AFC Bournemouth’s actual expected goals against tally was 9.25, so whilst our actual figure was 12, that proves that AFC Bournemouth are doing well to limit the opposition to good goalscoring chances and the Cherries are somewhat unlucky to have conceded as many as they have.

It could have easily been 5 or 6 that match if we had not sat back but then I would rather have a clean sheet than run the risk of conceding and not scoring another. Perhaps sitting back was a tad too early, however, given how scintillating we were before 60 minutes. – Join the conversation, click here.