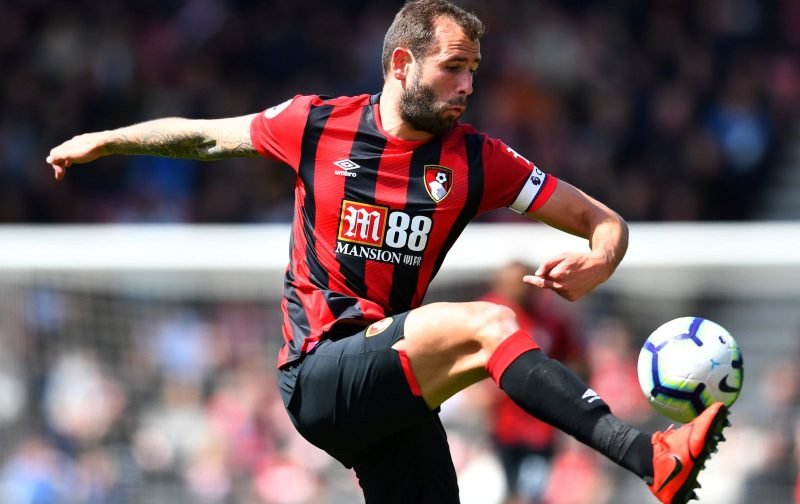 AFC Bournemouth’s five-year stay in the top flight of English football came to an end on Sunday.

The Cherries had secured a 3-1 away victory at Goodison Park against Everton, but with Aston Villa earning a point against West Ham United, Eddie Howe’s side was relegated from the Premier League.

The Championship holds good memories for the Cherries following their winning campaign in 2015, many of the squad have remained from that time including Steve Cook who looks set to captain the side next season.

But who will be the club’s manager? The vast majority of AFC Bournemouth supporters (90% according to our forum poll) want and wish that to be Eddie Howe, but immediately following the full-time whistle at Everton, Howe revealed that there would be a meeting to discuss the clubs future.

“…I think there’s no other person I can see and would want to guide us back to the Premier League.

“I think it’s vital that we try to keep the players that we’ve got – our best players – headed up by the manager and his staff behind us.

“I’m not quite sure if I could see anyone as good as the manager and how loyal he has been with the club.

“I’m sure he can guide us back to the Premier League.

“The manager has been here, he’s experienced everything. He’s one of the most hardworking guys I’ve ever, ever met.

“He’s been amazing for the players that are here and myself.

“He’s won us the Championship before. There’s no reason why we can’t go again – and do it again.”

Will Eddie stay and will Max and the Opalus Trust continue to bankroll the club? These have to be the two biggest questions that will ultimately shape the future. Well as it stands Eddie is still employed so at least there’s been no knee jerk from either party.

In the last set of accounts, the board stated they were not ignoring the prospect of relegation and had made contingencies. This was in March and has to be seen as a positive.

If Max wants to get back to the top table and claw some PL money back then next season is the time to do it. The Championship wasn’t brilliant anyway, the two strongest teams have gone up, plus many clubs will now be on the bones of their a_rse due to COVID and simply treading water. We could do with Fulham going up as well.

At the start of the season, I felt this was actually the first time the club had real strength in depth, the sort £600 million gives, it always seemed we were slightly winging it previously. Unless we do a Hudds (who shipped out 23 players) hopefully Max will realise his best chance to recoup things will be to change…… not much. – Join the conversation, click here.