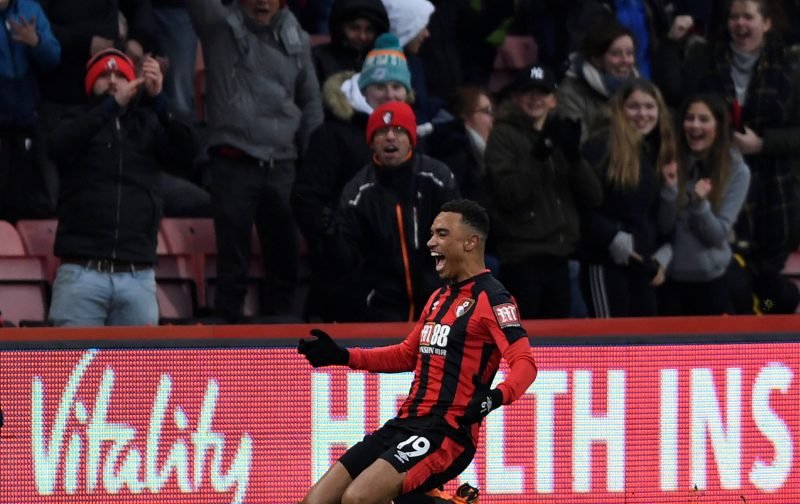 AFC Bournemouth have released their new 2020/21 home kit ahead of the re-start of the 2019/20 Premier League campaign.

The original sponsorship with Mansion Group was due to expire at the end of June rather than the conclusion of the current season, which has been suspended for the past three months due to the global Coronavirus pandemic. M88 had recently had their UK licence was revoked by the Gambling Commission.

Bournemouth will end their relationship with shirt sponsor M88 on May 31. This means the team will play in different home, away and training kit for the rest of the season. #afcb

The new training kit was the first to be released via social media. Using a yellow and blue theme from kit makers Umbro.

Introducing our new 2020/21 training jerseys, which we will wear for the remaining training sessions of this season 🔥@UmbroUK // #afcb 🍒 pic.twitter.com/t0G587jNg2

AFC Bournemouth had been linked with a potential NHS “Thank you” message on shirts, according to the Daily Mail, however, AFC Bournemouth have instead announced a new short-term shirt sponsor package with stadium sponsors Vitality.

🍒 After the conclusion of their five-year deal with M88, @afcbournemouth are close to agreeing a new shirt sponsorship deal for the final nine games of the @premierleague season. Attractive proposition, given they play the likes of Man U, Man C, Spurs, Newc, Ev on TV. #afcb

Due to this Vitality will appear on the new shirts for the remaining 9 games of the current season, which is set to kick off this week against Crystal Palace live on the BBC, which historically will be the first Premier League game to be shown on terrestrial television.

As the current sponsorship deal is a short term the new home kit is yet to go on sale.

“Vitality has been a great supporter of the club over the past five years and I am delighted that we have been able to build upon this at such an important and exciting time of the season.

“Vitality is a brand which has a focus on health and wellbeing with a headquarters in the heart of our town.

“So, for a club which prides itself on community and healthy lifestyles, this is a perfect partnership and one that we love being a part of.”

The new shirt is a modern twist on the traditional red and black stripes, described as “a bold gradient stripe jacquard on the front, back and cuff”.

This time next week… ❤️ pic.twitter.com/8PukcutjJd

🍒 @AFCBournemouth have announced their stadium sponsor @Vitality_UK as their new main shirt sponsor for the remainder of the 19/20 @premierleague season. New shirt looks sharp (not going on sale until summer, when sponsorship deal for next season finalised) #afcb (Club image) pic.twitter.com/Z8lSL9X2DY

Happy with that, far as we can see.
Nice to be sponsored by a company with a local presence. – Join the conversation, click here.