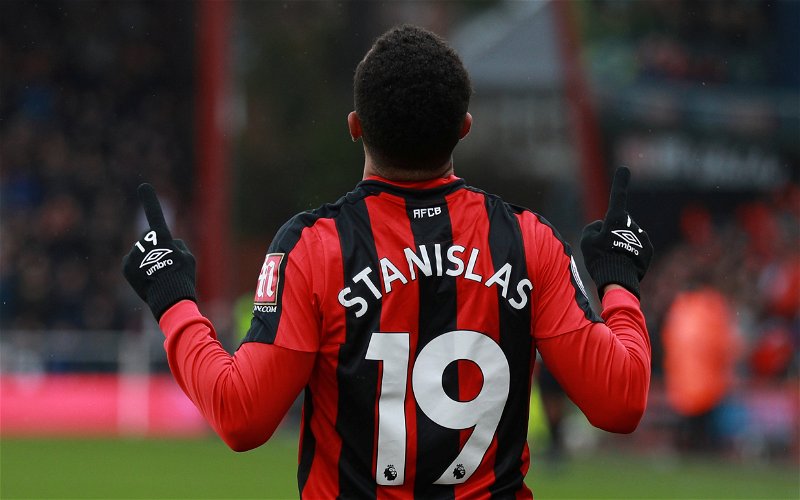 AFC Bournemouth returned to Dean Court for their final pre-season friendly ahead of the new Premier League season.

La Liga side Real Sociedad made the trip to the south coast, with Scott Parker’s side having one final game before the start of the new season.

With most pre-season games, the primary focus is getting minutes into the legs of as many players as possible. With that in mind, it made sense to read reports that Jamal Lowe, Emiliano Marcondes, Sirike Dembele and Ben Pearson all featured in a development squad game, enabling other players to get longer in the match at Dean Court.

Suggests Scott Parker will be playing a strong XI with minimal substitutions this afternoon. pic.twitter.com/zhOPZSCa6d

The game also saw former left-back Diego Rico return to Dean Court for the first time since his return to Spain.

Great to see @Owenbevan6_ getting some minutes with the first team 🤝 pic.twitter.com/yN4qOpPIn9

The Cherries were already two goals down when substitutes Kieffer Moore and Junior Stanislas combined to give the supporters inside the ground something to cheer.

Lovely link up and a cool finish from Junior 🔥 pic.twitter.com/0J8IGBKWlB

“A good workout against a tough opposition really…I think it was probably comparable to a Premier League game in the quality that we will face, if not a little bit less.

I thought we were ok, I just felt that in both boxes really we weren’t good enough today, in the sense of two sloppy goals, really the first goal and then the second goal is a poor goal really, a set play goal, in the first half I thought we had our moments in terms of transitions and certainly, when the press was right we had some big turnovers, we just lacked that bit of quality in the final third really, we were just off it…”

Good test today against a top side! Pre season wrapped up, ready to go next week! UTC 🍒 going to need you with us all season, get Dean court bouncing! pic.twitter.com/isMZRLskl9

Green_Cherry wrote at half time…

Some positives so far:
Seem to be passing faster and moving the ball forward more!
Zemura and Anthony are linking well, just missing the final pass or shot
Solanke is running around and getting involved
Christie is doing a job getting back and winning the ball back to turn the play quickly

Negatives:
The defence is awful, Kelly and Hill look okay but Mepham is not premier league I’m afraid. Definitely need to strengthen
Lerma looks like a headless chicken and Cook had been quiet

Overall improvement needed second half, maybe a few changes cause it’s only a friendly at the end of the day, performances matter more than results so let’s keep behind them! UTC!

It is a fine line to tread here, between positivity, negativity and reality. Pre-season games obviously mean nothing result-wise but we are days away from the start of the season and there was nothing there to really shout home about. Goals scored is going to be an issue, goals conceded is going to be an issue. I’m hoping to enjoy the season but can see myself getting frustrated. It’s then that I need to remind myself our squad is not PL quality and our signings are not PL quality but hopefully, our team spirit is.

Didn’t learn anything new there really:

-Hill is not good enough yet, needs a loan in the championship.

-Mepham isn’t and will never be good enough, average championship centre-back at best.

-Smith isn’t comfortable as a wingback at all.

-if we are going to play so defensively we need to break more quickly when in transition.

-we are going to have to be incredibly clinical this season to stand any chance whatsoever as we are not going to create many chances.

-Stanislas is our most gifted player but can’t be relied upon.

I know people are rightly concerned about the defensive situation currently but I think the issues we face in the attacking areas could potentially be even more problematic. I just don’t see where the goals are going to come from.

Good to see so many more there this week, loads more families, a lot with England shirts on, riding the crest of the Lionesses wave : )

What happened to the dozen or so Sociedad fans in the Main stand? I did think that’s the wrong place to have a group of youngsters ( nowadays that’s anyone under 50 ) standing and cheering on the opposition : )

It’s a bold/brave move by Scottie Parker to move to 3 centre-halves. The squad has been assembled to play 442. It’s a big change for everyone in the team/squad, not just the centre-halves. The club’s gone up a division, a massive jump in the quality of opponents. As supporters, we’re going to have our patience tested, let’s get behind the team and stick with ’em ( they’re not involved with boardroom politics ) : )

At least in the Prem’, there’s no parachute payments, so we’re all on a level playing field. Mind you, having seen some of the Charity Shield, it’s insane how good the Liverpool and Man. City squads are. We’ll do well to finish above both of them : )

Ps Mepham’s not that bad, he’s not to blame for everything, tries his best but sometimes tries to hard : ) – Join the conversation, click here.