Bournemouth lose midfielder for the rest of the season 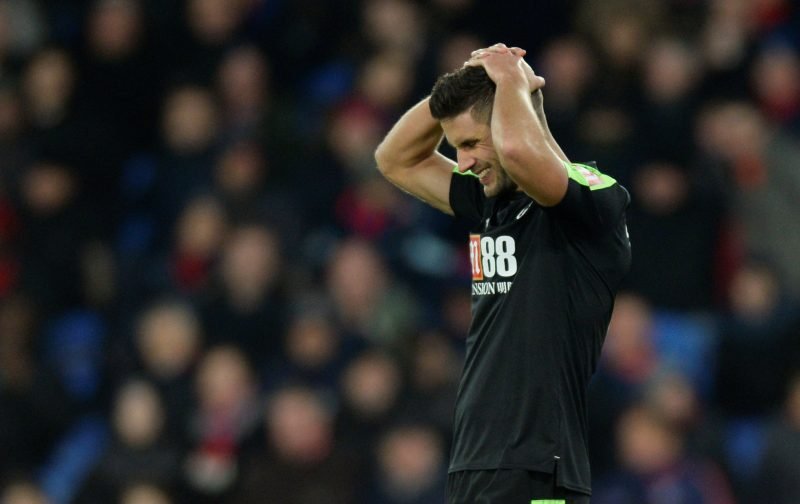 AFC Bournemouth will be without both their captain and vice-captain for the remainder of the season.

The Cherries were hit with the blow that captain Simon Francis would miss the rest of the season back in December when the defender injured his knee.

Now vice-captain and midfielder Andrew Surman is set to miss the remainder of the 2018/19 Premier League campaign with a calf strain that he suffered in training.

The 32-year-old central midfielder had made 18 appearances this season, featuring for 1,439 minutes.

It’s not clear who will wear the captain’s armband on a regular basis for the final seven games of the season in the duo’s absence.

Third, in line has usually been defender Steve Cook, but he is also currently sidelined.

Most recently the armband was passed to Charlie Daniels, but he has not been as much of a regular this season as he has been in the past.

It also leaves AFC Bournemouth manager Eddie Howe short of options in midfield with Lewis Cook and Dan Gosling already in the treatment room and Harry Arter on loan with Cardiff City.

“He pulled a calf in training which was a real blow for us because it was an innocuous looking thing that happened.

“He just planted his leg backwards and pulled his calf. The rest of the season could be in doubt for him.”

Not sure of the severity of Goslings injury but leaves us very light in the centre.

We can’t free Ake up from the back to play there either.

Lucky Lerma’s suspension is out the way. – Join the conversation, click here.