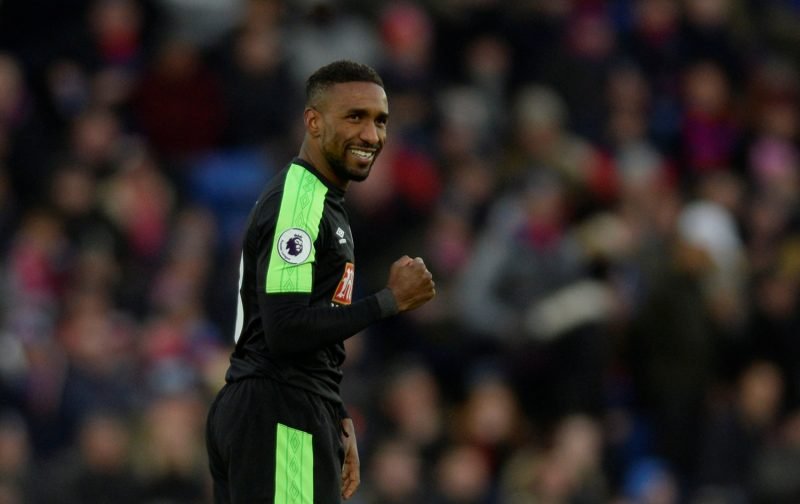 After our win in the League Cup against Blackburn Rovers, the Cherries are back in Premier League action again on Monday night against Crystal Palace (the Eagles), this game is being shown live on Sky. The management and players will want the team to get back to winning ways in the league after that 4-0 defeat away at Burnley. AFCB had most of the possession and shots on goal but had nothing to show for it. Burnley has never been a happy hunting ground for the Cherries and it was only last season that our team recorded their first win against them.

Crystal Palace are managed by the very experienced Roy Hodgson who took over last season after Palace had had a bad start. Then gradually through the season, Hodgson steadied the ship. Palace visited Dean Court in April this year with six games of the season to go and went away with a point. After this, the Eagles won their next game, but more importantly for them, they won four and drew one of their last five games and finished in a credible 11th place, one place above the Cherries, both teams finishing on 44 points, Palace with a better GD.

In the Summer Crystal Palace made four signings, one being a loan. The loan player is Jordan Ayew from Swansea City on a season-long loan. Signings, Senegal midfield player Chiekhou Kouyate from West Ham for an undisclosed fee. Spanish goalkeeper Vicente Guaita from Getafe on a free transfer. Also on a free transfer, they signed Germany International midfield player Max Meyer from Schalke, he was a free agent after leaving the club at the end of last season.

This season Crystal Palace had a good start to the season in August winning away at newcomers and fellow London club Fulham 0-2. Their next game was at home against Liverpool, they lost 0-2. This followed with a 2-1 defeat away to Watford in the last game in August. The Eagles next game was away to Southampton (Saints), this was Palace’s third defeat in a row in the league, the score 0-2. Things improved in Crystal Palace’s next game with a visit to Huddersfield Town, and they came away with 3 points after a 1-0 win. The Eagles most recent game was at home against Newcastle United, it ended 0-0. After 6 games and going into the weekend games, Palace are 11th in the table on 7 points, 3 points behind 8th place AFC Bournemouth.

In our games against Palace at Dean Court in the Premier League, we have so far failed to beat them. We drew at home 0-0 in our first season, then lost 0-2 the following season. Last season Palace visited in April of this year and the game ended in a 2-2 draw. The game was 0-0 at half-time. In the second half, Luka Milivojevic broke the deadlock two minutes into the second half direct from a free-kick. Cherries substitute Lys Mousset equalised three minutes after coming on with a shot from just outside the box. The equaliser was short lived as Wilfried Zaha again from outside the box put Palace back in front. The game looked like it was going to be a Crystal Palace win for a second season in a row at Dean Court. Joshua King who came on as a Cherries substitute at the same time as Lys Mousset scored a late equaliser and that is how the score remained.
In all league games against Palace at Dean Court, AFCB have Won 21, Drawn 10, Lost 4. In all league games, AFCB have Won 28, Drawn 19, Lost 23. So far we have never met in a cup competition.

AFCB Team News
Dan Gosling has been out with a calf injury and Charlie Daniels with a knee injury. Also, Diego Rico has a hamstring injury. After the defeat against Burnley and Tuesday’s night win against Blackburn Rovers, it will be interesting to see if any players not in the starting 11 at Burnley, but played Tuesday night, have done enough for a first team start. Now add Junior Stanislas to the list of candidates for a starting spot, nice ‘headache’ for Eddie.

AFCB Player To Watch
In home games I will stick with Ryan Fraser, he has so far this season at Dean Court been a pleasure to watch for the home fans and a nightmare for visiting defences and probably their fans watching.

Crystal Palace Player To Watch
Has to be Wilfried Zaha, had a quiet game against Newcastle after the recent press publicity, but expect to see him testing our defenders in this up and coming encounter at Dean Court. Always a player for defences to keep a tight rein on as we found out in our last game against them at Dean Court. He is the Crystal Palace leading scorer this season having scored 3 of the 4 Palace goals scored in the league. On the other flank, they have Andros Townsend who scored a brace away against West Brom in the League Cup and could prove another problem for our defence.