Best of the Rest 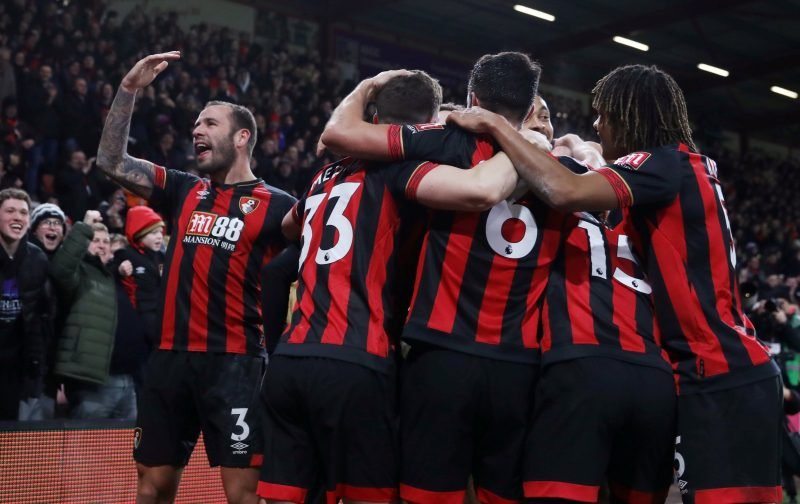 There is always plenty of discussion about the relegation places, might as well have one for the race for the mythical 7th place. Looks like it’ll probably be between these 6 teams: AFC Bournemouth, Wolves, Watford, Everton, West Ham and Leicester. I’d say we’re comfortably the best team out of this lot at full strength, but then I’m arrogantly confident in our squad.

Wolves I find distinctly average, watching them play just reminds me of Watford V2; quite poor but picking up wins. Massively overrated by the media, and we’ll see how well they do once they pick up any key injuries. Can’t deny that they’ve done well so far, but a lot can change in 12 games.

Watford are the same as they’ve always been; a pretty bad footballing team picking up points from everywhere at a consistent rate. We’ve finished above them the last two seasons and I don’t expect that to change. We’re pretty close in terms of quality when both teams are at full strength though, I suppose.

Everton aren’t as good as they should be. Silva is revealing himself to be an average manager, and they seriously lack firepower up front. POSSIBLY have the best squad on paper, but they’re another team I find distinctly unimpressive.

West Ham have excellent flair and attacking players that can win them games but are generally weak in the middle and at the back, which you can see by their Goal Difference- arguably similar to us in that regard. I feel like they’re the team that would be most likely to be dragged back down into the lower midtable range, but that’s just my opinion.

Leicester are hard to judge; they could easily be where Wolves are, with the amount of “bonus points” they’ve won, but they haven’t really capitalised. Tielemans is a fantastic signing for them, and Vardy is always a threat when starting… I’m running out of things to say about all these teams; they’re all decent enough and any one of them could finish 8th behind us.

So why are we going to finish above all these teams?

1. Stability
So there are 12 games left of the season, and many of us will be having, or be in the middle of, bouts of poor form. We have the huge advantage of club stability (from a performance point of view). We’ve just been through arguably our worst Premier League run of form, and there wasn’t a whisper of Eddie Howe’s job being in danger, nor were there any signs of the players playing to get him sacked. I can easily see all of the other teams (except Wolves) having this problem; Leicester players seem unhappy with Puel, West Ham are always one bad run of form away from rioting, Everton fans will no doubt be expecting at least Top 8. Watford have mellowed a bit recently but still have it in them to go sack happy. We don’t have this problem, and are probably more likely to both turn around the bad form and maintain good form than anyone else.

2. Attack!
Quite simply, we have the best attack outside of the Top 6. We’ve scored the most goals, have the best spread of goals throughout the squad and have the most players with 6+ goals in the league. Burnley were the exception, not the rule. The more goals you score in this league, the higher you’ll finish. There’s a reason players like Johnny Evans go for £2 million and players like Bobby Reid end up going for £10 million+. A strong attack is always better than a strong defence in my opinion (Obviously it would be good to have both!).

3. Run-In
From March, we have one of the easiest run-ins out of all these teams. “There’s no such thing as an easy Premier League game!” Yes, there is. You’re not Eddie Howe, you don’t have to be polite to the other teams. Huddersfield is an easier game than Man City, Fulham is an easier game than Liverpool etc. On paper, we have a run of about 8 games that we could win, which is 24 points. Even being cynical, just 4 more wins takes us to a record points total. With an easier run in than most, we’re in with the best chance of finishing 7th given our current points total.

Thoughts? I’ll probably update this thread as each match goes by. I’m happy for everyone who would still take 17th, but I think we should honestly be aiming for at least Top 10, and I think that’s what Eddie Howe and the players would agree with too.

Callum Wilson and David Brooks also back for that run in.

We also haven’t (I think) lost at home to a non top 6 side since Burnley in December 2017. I would expect us to get the majority of the points available in Newcastle, Burnley and Fulham games.

The defining moments will be can we repeat our Watford and Fulham away games in those last five away games to pick up 8+ points?

Or will we see Burnley, Newcastle and Cardiff type performances? – Join the conversation, click here.