Battling Bournemouth hold their own against Baggie bruisers 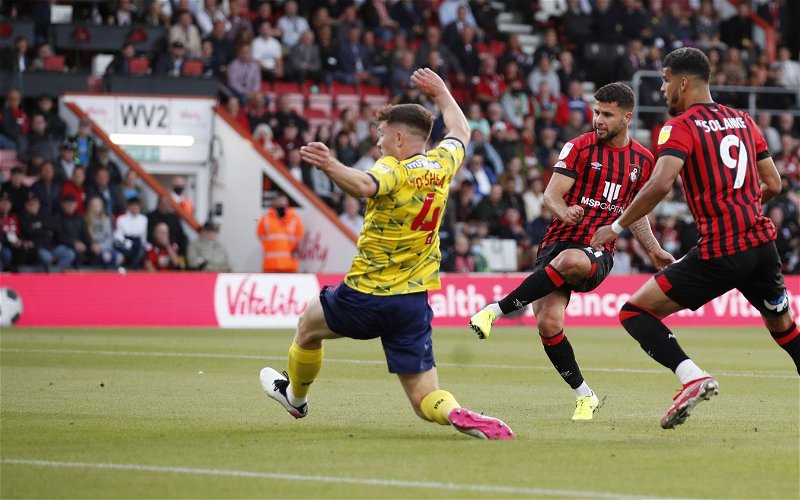 So here we are, a new season and a new era. The first test for new AFC Bournemouth head coach Scott Parker and his backroom team could hardly have been any tougher, an opening day encounter against a recently relegated West Brom side full of top-flight experience and Championship nous in equal measure. Led by a man in Ismael, whose relentless philosophy of non-stop pressing and playing direct at every opportunity was enough to even secure a pretty average Barnsley side a spot in the top six last season. Given that the youthful cherries side lined up with no less than THREE players making their full league debuts, you could have been forgiven for thinking that the nous and know-how the Baggies possessed would surely prove overwhelming for the home side and top the balance firmly in their favour.

The Cherries lined up in Parker’s preferred 4-1-4-1 formation, with Zemura coming in at left-back to replace the injured Stacey, and Parker opting with the more experienced head of Chris Mepham to partner Lloyd Kelly at the heart of the back four. That aside it was the same side who started last week’s convincing cup victory against the MK Dons. The bench looked worryingly threadbare, with Stanislas picking up an unfortunate (yet entirely predictable) knock in the warm-up, we were left without a single senior player to call upon from the dugout. Still, a (nearly) packed Dean Court was buzzing nonetheless in the build-up to kick-off, with fans undoubtedly just glad to be present watching the team they love in the flesh once again. Hopefully, the youthful cherries could do them proud.

The game started in a frantic fashion and in truth never really deviated from this, both sides hassling and harrying at every opportunity and pressing with a level of intensity that at times felt exhausting just to watch. The home side slightly edged the opening stages, with the very impressive Gavin Kilkenny running the show in the middle of the park, retrieving possession on numerous occasions and allowing the home side to build a period of semi-sustained pressure. Bournemouth capitalised on their positive start in very impressive fashion. Kilkenny was again involved as the ball was worked out wide to the young Anthony via Phil Billing. One on one with his full-back, one could have forgiven the inexperienced wide man for looking to take him on and go for individual glory. Fortunately, with a piece of play that defied his lack of experience in senior football, Anthony looked up and played a sumptuous cut back to new summer recruit Marcondes, who had made an expertly undetected late run into the penalty area. The Dane made no mistake as he confidently stroked home with his left foot to put the home side on cloud nine. One could argue a deserved early lead for the bravery and intent shown by the home side. Bournemouth were knocking the ball around nicely in these early stages, with the classy Kilkenny particularly catching the eye. A player who is tailor-made for this style of football perhaps.

As the half wore on West Brom gradually began to gain a foothold in the game, their direct approach resulting in a long period of sustained pressure which culminated in the home side having to stand firm resolutely defend a number of set pieces. Long-throw after long throw, corner after corner. In truth, it felt like the youthful home side could only hold out for so long, and despite their best battling efforts, this proved to be the case. Another long throw (I’d lost count at this point) was headed away and out to the impressive Townsend, the energetic wing-back set himself and whipped in a peach of a cross to the on rushing O’Shea, who subsequently (and unsurprisingly) out jumped the tiny figure of Zemura to plant home a header past the despairing dive of Travers and into the centre of the home sides net. The Baggies were back on level terms and in truth it was probably just about deserved on the balance of play. My first inclination was that perhaps Travers should have done better, but header being very central, but I’d have to re-watch to be sure. The rest of the half played out with the baggies firmly in the ascendancy and the home side hanging on, the constant barrage of set pieces and long balls at every opportunity starting to take its toll. In the main, this did not result in too many notable goal-scoring opportunities, although we were lucky to be level going in at the break with the away side having a goal ruled out somewhat fortuitously from our perspective. An in-swinging corner was whipped in right on top of the home keeper Travers, who at this point had clearly been pinpointed as a vulnerable area of the home side’s rearguard to exploit. With a cluster of bodies in close proximity, the young goalkeeper unconvincingly flapped at the delivery, the ball sailing over his head and being bundled home by an away attacker at the far post. Fortunately for Bournemouth, the referee’s whistle immediately put a halt to the away sides celebrations, deeming the inexperienced number 42 to have been impeded in the process of trying to claim the ball. One of those decisions which make you question whether goalkeepers are an overprotected species, but music to the ears of the home faithful nevertheless. This was enough to see the Cherries into the interval on level terms.

The second half started off in much the same vein as the first, with the home side quick out of the blocks and in the ascendancy in the opening minutes. We again were able to capitalise on this with yet another well-worked team goal. A lovely cross-field diagonal ball from Kelly found the willing runner Jaidon Anthony, the young winger took the ball under his spell and played a quite sublime reverse pass into the underlapping Zemura. A pass played with perfect precision and timing, and one that frankly didn’t really look on. Zemura took the ball in his stride and smashed the ball across goal, the away keeper Button (yes that one) only able to palm the ball back into the danger area. Well, I suppose he owed us one after the debacle that was Lincoln away. The onrushing Billing was not going to pass up such an inviting invitation, and he confidently struck the ball home with his weaker foot to put the home side back into the lead. And quite chuffed about it he looked indeed, certainly not resembling the demeanor of a player who is keen for a move away. The home side subsequently enjoyed a promising period of pressure on the recently relegated side’s goal, although this, unfortunately, didn’t result in any additional clear goal-scoring chances. As the second half wore on it started to mutate into a carbon copy of the first. The baggies gradually took control and another sustained siege upon Travers’ goal ensued. The cherries valiant attempts to hold out were again broken as a ball played in from the left was confidently finished by the stretching Robinson to again but the home side on level terms, and again it felt like it was coming. Your money would of had to have been on the away side to snatch the points now with the momentum in their favour, however, the pattern of play didn’t necessarily play out like this. Both sides had chances to win it, but the better ones arguably fell to the youthful cherries side. A lovely ball whipped in by the towering Dane Billing was met on the full volley by the otherwise quiet Brooks, his shot look destined for the bottom corner but was thwarted by a fantastic reflex save from Button. Then later on a ball over the top found Solanke bearing down on goal at a slight angle, Button making himself big and again preventing the home side from retaking the lead. Button proving that he is indeed capable of occasionally posing as a semi-capable goalkeeper after all. The half concluded with yet another barrage of set pieces on the home sides goal, although the inexperienced cherries side help firm and were able to hold out for a very respectable point. All in all, a very good day’s work considering the contrast in experience between the two sides, a day where you could feel proud to be a cherry yet again!

Man of the Match against West Brom? 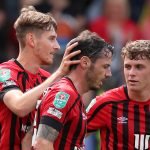 Just watched the goals back, don’t think Travers can do much for the first goal personally if anything it’s our age-old problem of letting balls come into the box too easily – can’t cut them all out though. Travers reminds me of when De Gea first arrived, obviously an instinctive shot-stopper and comfortable with the ball at his feet but easily bullied if you get bodies around him. Time for Soupafletch to earn his salary by personally participating in some specialised training?

The subtlety of that ball from Anthony to Zemura for our second goal is a really beautiful thing, as is the team spirit that seems to be building.

The first game of the season is always a tough one, but given the introduction of the youngsters in the starting XI with no senior players on the bench against an almost full-strength relegated side and favourites for promotion I think it’s a good result and there is an awful lot to be positive about. – Join the conversation, click here.