And new undisputed number one… 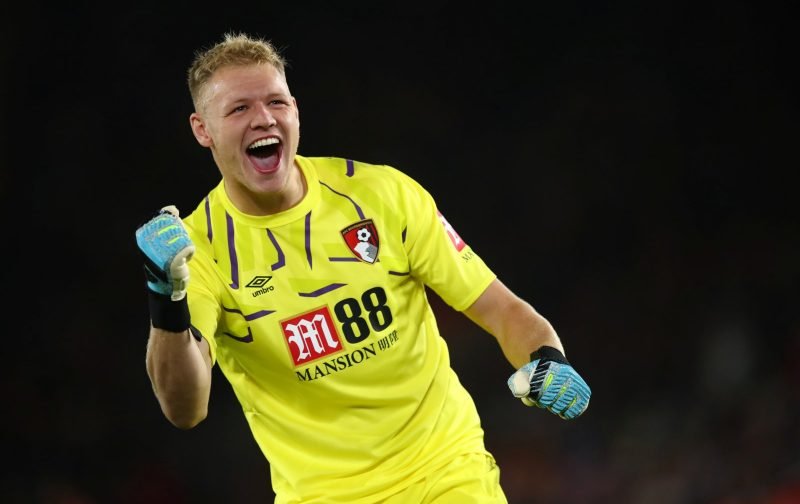 AFC Bournemouth and England Under 21 goalkeeper Aaron Ramsdale has been rewarded for breaking into the Cherries first-team squad with a brand new contract at Dean Court.

The 21-year-old forced his way into contention for the number one shirt after impressing out on loan for AFC Wimbledon in League One during the 2018/19 campaign.

He returned during the summer and pushed his way past veteran goalkeepers Asmir Begovic and Artur Boruc, as well as 20-year-old Republic Of Ireland international Mark Travers to secure his place in Eddie Howe’s side.

One of our favourite moments of the season ????#afcb ???? pic.twitter.com/Aq8vSEt4bk

Ramsdale has now played every minute of the 2019/20 Premier League campaign thus far and has broken into the England Under 21’s set up and has also become the first choice for his country at that level.

AFC Bournemouth have not revealed the length of the contract, simply referring to a new “long-term” deal.

“I’ve put in a lot of hard work on and off the pitch to get to this position,”

“It’s been a relatively short space of time but I’ve have had two good, different loan spells and am now seeing the benefits of that hard work in the Premier League each week.

“We have a great goalkeeping department here, with the coaches and other goalkeepers, and we are always pushing each other to be the best we can be.

“That can only help us all and I’m over the moon to have signed a new contract.“

Where does that leave Travers? He got a new deal in the summer but surely needs some game time?? He’s too good to not make a match day squad. Should Travers stick or twist?

Rambo’s family were all down for the game on Saturday (sat behind me) and maybe this news is why. Interesting hearing them commentate on his contributions to the game!! They really joined in.

Soooooo glad we didn’t go with Butland/Hart or some other name. A Travers/Rambo future is an exciting prospect. – Join the conversation, click here.