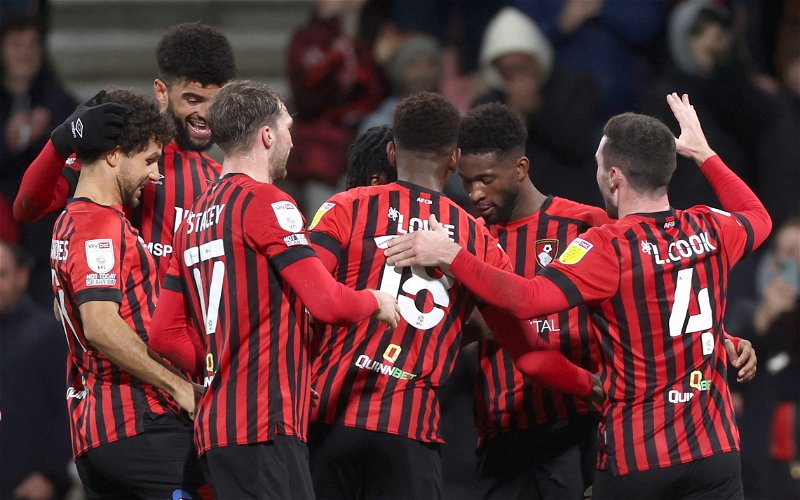 A month has now passed since the end of the successful 2021/22 campaign for the Cherries.

The dust has now well and truly settled on AFC Bournemouth’s promotion-winning Championship season and the focus is set to shift to the 2022/23 campaign in the Premier League.

But before we move on, having now had a period of reflection. Who was your AFC Bournemouth player of the season?

There were a number of candidates to choose from, many of the headlines were stolen by striker Dominic Solanke, whose 29 goals helped fire Scott Parker’s side to automatic promotion.

However at the other end of the pitch, Mark Travers, in his first full season as a first-choice goalkeeper, claimed 20 clean sheets and the Championship golden glove award.

The duo shared all of the on the pitch presentation awards, with Travers claiming all but one trophy, with the Junior Cherries award going to Solanke.

Will this vote reflect the others before it? Or has time shifted your opinion?

The threshold to qualify, and yes there was a threshold despite there being 15 options, was 1,100 minutes of Championship football to qualify.

This unfortunately meant that Chris Mepham missed out on being in contention by just 9 minutes.

For anyone interested, the order in which each player appears in the vote was determined by their whoscored rating over the course of the 2021/22 Championship season.

(Mark Travers) has been a remarkable keeper at times and excellent the other times. Forgetting the ‘how did he do that’ saves for one minute to me the most impressive thing has been the number of goals you would consider to be his fault.

There are always a few for any keeper and certainly, Boruc, Ramsdale and Begovic who were also excellent made the normal share of rickets. I can only think of 1 or 2 occasions where I wondered if he could have done better. When you then add back in the spectacular saves you get to the very odd situation where the fans think a keeper is a bigger factor in a promotion season than the 30 goal striker they’ve not had since 1972… – Join the conversation, click here.