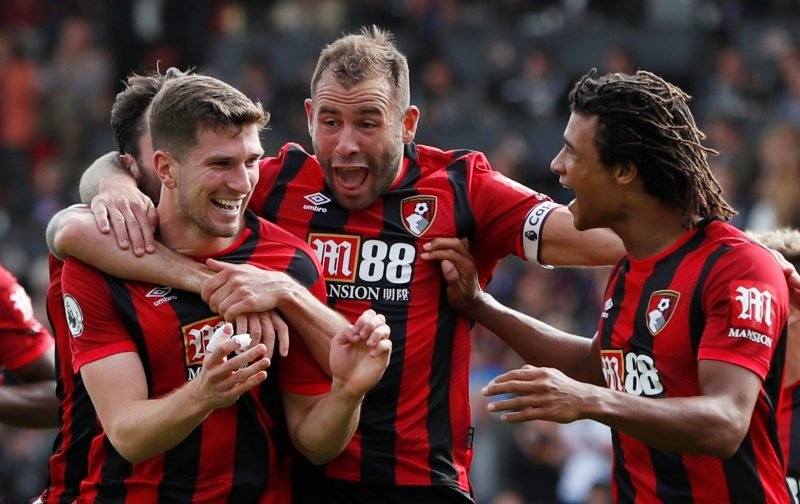 “We were really frustrated because we didn’t play at our best today, I think we are well aware of that.

“…Two points (dropped) are massive and I think every point you respect so much at this level and that’s why we have to respect the point we got.

“It’s not the ideal start for us. We had hoped to perform better and to win. But you have to take what you are given and take your lessons and learn from it quickly.

I thought Ryan Fraser, Callum Wilson and Joshua King really didn’t get a look in due to Sheff. Utd’s defenders. I thought their No. 6 Basham was pretty good.

I was a bit worried when I saw the team with Aaron Ramsdale and Diego Rico in there.
Ramsdale made two good saves in the first half and I thought played well, couldn’t do much about their goal I thought.

Rico a better game, more involved than usual with the free kicks and so on but doesn’t give me any great confidence. I did note that Steve Cook was having a go at him at times.

Steve Cook, Nathan Ake and Chris Mepham played OK for me, pleased for Mepham that he scored.
Nothing really came off for Adam Smith.

I thought Jefferson Lerma was our Man of the match – no yellows either.

Why no earlier subs Eddie Howe? We just didn’t seem to play well as a team. Formation?

I did say to the people sat next to me when Billy Sharp came on that he was a good striker. If they had to equalise then happy for Billy to score (if you know his history).

They deserved a point (unfortunately). – Join the conversation, click here.

Written by Tinpot Club
It’s always easy to talk about formations but whether we play 3-4-3 or 4-4-2 we still have the same fundamental problem. The inability to move the ball between the lines.

Now I know people will ask how can there be a lack of creativity when we score the most outside the top 6. It’s a fair question but we score most of our goals in very specific circumstances. It’s either from Wee Man’s dead-ball delivery (like today) or the individual brilliance of our front 3 or 4.

What we rarely do is control a game in midfield and open teams up through incisive play. When you are relying on individual brilliance from certain players rather than having control of a game, you will always struggle if they have a stinker.

We may well revert to 4-4-2 at Villa. It may even help us being away. One thing we won’t be doing is opening Villa up with Lerma and Billing. What I hope they can do is provide a platform for Harry Wilson to drift in off the wing and create.

Somehow we do need to find a midfield controller if we want to improve. We will still score lots of goals this season and produce some brilliant counter-attacks. But it’s vital we can find a way to unlock sides who wise up to our counters. – Join the conversation, click here.