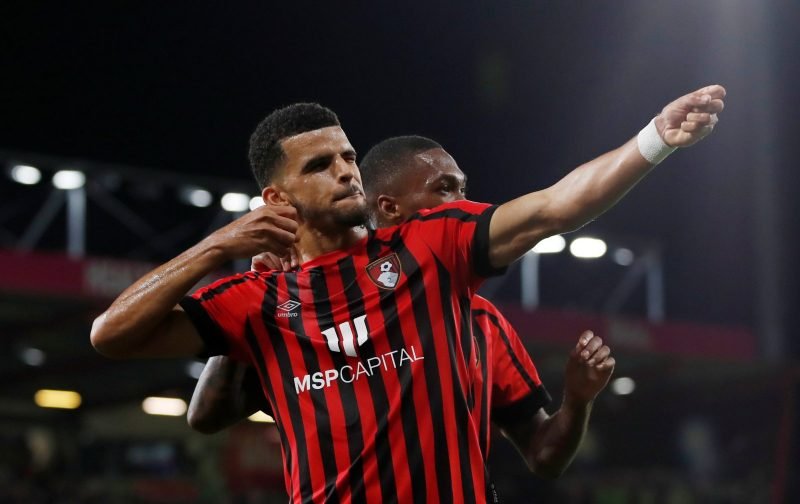 Following on from the 3-0 win over Barnsley at Dean Court on Saturday, Tuesday night saw the second of back-to-back home games with the visit of Queens Park Rangers to the south coast.

AFC Bournemouth head coach Scott Parker made one change from Saturday, with Ben Pearson dropping to the bench in favour of Ryan Christie. That change saw Christie play a central role behind Dominic Solanke with Jefferson Lerma playing a slightly deeper role than he had against Barnsley.

Once again it was the partnership of Jordan Zemura and Jaidon Anthony down the left-wing which caught a lot of attention and whilst it was Zemura who took the spotlight on Saturday, it was Anthony’s turn to shine under the Dean Court lights on Tuesday night, bagging his second goal of the season.

Dominic Solanke scored his sixth goal of the campaign to continue his fine scoring form thus far this season.

“We were far from at our best. In the first half we were clinical but they put us under immense pressure in the second half and we had to show another side to us.

“Mark [Travers] is growing, is listening and working tirelessly on the bits he needs to improve. I thought he was very good at dealing with high balls and he pulled off some good saves when he had to. It was a big performance from him. We have seen tonight that every game in this league is different and that sometimes you have to grind it out.”

Scott Parker was left 'immensely proud' of his players this evening.#afcb 🍒

Would’ve been a totally different final 15 if Philip Billing scored, but good to see the commitment at the end.

Zemura and Anthony were immense again. Back 4 did well and Travers made some good stops, although ones you expect a good keeper to save. Still a bit flappy on corners though.

Christie showed glimpses of class – needs a run of games now and think he will be a huge player for us.

All in all a great win and showed a totally different side of us to Saturday.

Ref was a joke – looked out of his depth.

Our final word of the evening comes from @JaidonnA11 🗣️#afcb 🍒

Deserved. But rode our luck. Their 1st substitution saw a goal v soon after and they were rejuvenated. We made defensive subs and seemed to surrender ground.

Like Blackpool, totally in control and then cede control.

That said, v happy with the performance overall. Commitment. Passion. Belief. No weak link. Played for each other.

The ref made some strange decisions.

Top of the league. – Join the conversation, click here.

Best way to end my birthday with a win and a goal🤩. Thanks for all your messages! Support was top tonight haven’t had happy birthday sang to me during a game before 🤣🤝. Glory to God🙏🏾. https://t.co/JFi8AEVt5J

Professional first half followed by a second half where we all had to dig in. Great character from the lads and a very good result 💪🍒 #afcb pic.twitter.com/Qn21MXLxZx