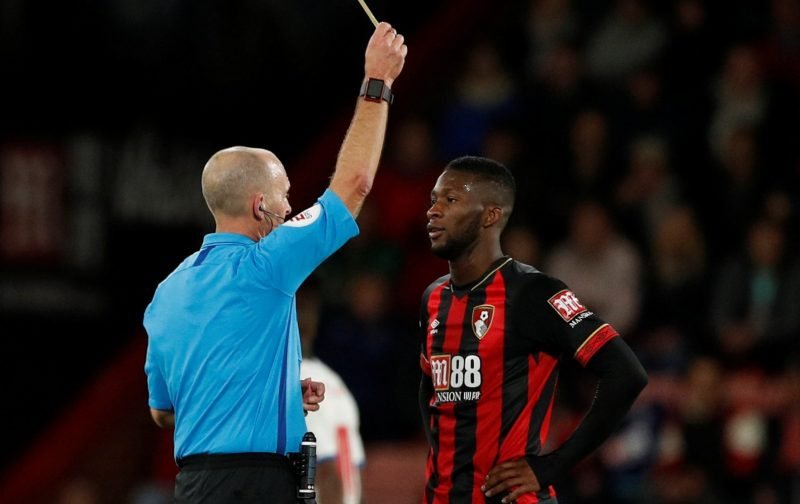 The Cherries returned to host Luton Town at Dean Court on Saturday afternoon, on-loan Tottenham Hotspur defender Cameron Carter-Vickers was handed his Championship debut in a Cherries shirt as part of a back three alongside Steve Cook and Diego Rico. Adam Smith and Jack Stacey were the selected wing-backs, with Jefferson Lerma and Lewis Cook in central midfield.

The game’s major talking point came during the first half when Jefferson Lerma was sent off, AFC Bournemouth manager Jason Tindall was pretty clear in his belief that the decision turned the game in favour of the away side.

He told the Daily Echo after the game…

“…I thought we were doing well until that point and that we were by far the better team and that we would have won that comfortably.

“It was a pivotal moment. Jeff’s gone up for a header, one of their lads has knocked him off balance and he caught him with his trailing arm.

“I think the referee has just reacted maybe off a bit of blood that their lad received off the back of it. Because I can’t think of any other reason as to why he would’ve sent him off.

“I think everybody is of the same opinion as myself and anyone that has seen that decision, I don’t think you even have to know too much about football to know that that’s not a red card…”

🍒 Jefferson Lerma had enough command of English to give me his verdict on his red card & he left the stadium:

The loss is a tough pill to swallow today. Especially when I’m not there in person to contribute to the team. We win together, we lose together. Take this as a promise; I’m on it, and I’ll do everything that’s in my power for the team, fans and club when I’m back. Just watch.🍒🏆

Jefferson Lerma did catch their player with his arm but he was in the air off balance.

Didn’t think the referee had made any decision at first, but maybe he saw blood on their players head and gave a red.

The question is if that had been another player would the referee have made that decision? Maybe Lerma is a ‘marked’ man with the officials with his yellow cards collected.

This is why we can’t afford to keep dropping points at home against mid-table and lower sides at home if we want top 2.

Can’t expect more than a point playing against anyone with 10 men for nearly the entire game.

Appalling decisions from the ref will happen over the season, but if we hadn’t dropped so many silly points it wouldn’t matter so much. – Join the conversation, click here.