A Season without Smith? 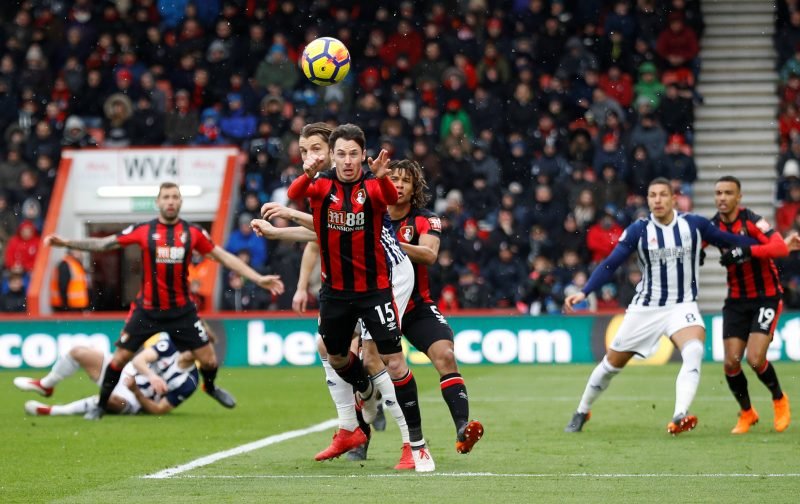 Just posting some of the thoughts I’ve had on Smith’s recent injury, and what it means for the rest of the season.

Probably the worst long-term injury we could have gotten this season, to be quite honest. Such an invaluable player to have in the squad, a consistent 7/10 performer, can be counted on to play 3 different positions very well, worthy of being a full international in any other era. I think this is in danger of derailing our season honestly. Granted, it might not be an ACL or anything of that ilk, we don’t know for certain yet; there’s maybe a slim chance that its a dislocated knee, or maybe lesser ligament damage, but it’s not looking good. And in terms of the team, it leaves us with just Simon Francis as a Right Back, who was already playing ahead of Smith in his favoured position because of Eddie Howe.

Francis has already pulled his groin this season, and so it’s reasonable to assume that he could easily get injured this season, which would leave us with a grand total of 0 right backs. I’ve never had a problem with Francis playing in right back ahead of Smith IF he’s playing well, because Smith is also a very good left back, and Francis can be very effective against the right opposition. However, the problem with that is that Eddie signed a Left Back in the summer for £11 million, Diego Rico, who was sitting in the reserves because of this. It looks like we have good strength in depth on the surface, but the reality is that we had 3 good left backs (Daniels, Rico and Smith) and one goodish right back (Francis). What’s more frustrating is that at the start of the season, Eddie Howe finally dropped Francis; for Smith at right back and Daniels at left back, and then Smith at right back and Rico at left back, who was looking promising in appearances vs Leicester and Chelsea. Again, no problem with Francis playing, but when you shunt Smith out to the left, no matter how good he is there, you’re left with a completely unbalanced squad. Which has been shown up quite brutally with this injury to Smith, leaving us with one right back until January?

I thought our summer transfers were excellent AND smart. A powerful midfielder, a tricky young No10 and an excellent left back, leaving Smith and Francis to compete for the starting Right Back slot, and Rico and Daniels to compete for the starting left back slot. But what actually ended up happening, to stress the point again, was Francis plays when fit, and three players compete with each other for one position. It’s ridiculous. Even if we hadn’t signed Rico, had converted Smith to Left Back, and signed a quality Right Back, I feel like a similar problem would occur, just with an unhappy Right Back sitting in the reserves instead of Rico, and Daniels left as the lone Left Back in the squad. I can’t imagine Rico is particularly chuffed with the situation, considering he’s only had one bad game so far and has been unceremoniously dropped from the matchday squads entirely.

So with all that in mind, how do we line up now? Do we just stick with Francis, have Rico and Daniels competing at left back, and try to hold out until January? Does Lerma become our first choice midfielder AND second choice Right Back (A cursory look at his stats for Levante show that he didn’t appear to play once in his last two seasons at Right Back)? Do we delve into our youth academy for a promising young right back and promote them to the squad? Do we move Fraser/Ibe back to wingback and play with a consistent back 3 (not a fan of this AT ALL)? I’d imagine we’ll probably just try and hold out until January with what we have. We need to make sure we don’t overexert Francis until then though, especially with the Carabao Quarter Final vs Chelsea coming up. With everyone fit and available, I’d like to see something like this for the time being…

It’s frustrating to be in the position where we’re praying for Francis not to get injured, especially considering how strong our transfer business was, and how well we’ve started the season. Goes to show that Smith is probably even more important than you might think. But I suppose Eddie Howe will just have to figure something out and make do with what he has for now. If we do go into the market looking for another Right Back, then Eddie Howe will seriously have to reconsider where Francis sits in his squad, even if he is the captain. If we start the next season with Daniels and Francis as our starting fullbacks, with yet another fullback added to the squad AND Smith fit again, then that would be just absurd, and a waste of resources. Whatever the solution, Smith is, for me at least, in our top 3 of objectively good players, and we’re going to miss his driving runs, attacking threat and quick transitions from defence to attack this season HEAVILY.

Good points. With Smithy being so versatile it gave the appearance of squad depth. Now that he’s injured it’s almost like our squad has been reduced by three players. Tricky situation for Eddie to resolve, especially since we now know that he doesn’t like bringing players in during the January window. – Join the conversation, click here.