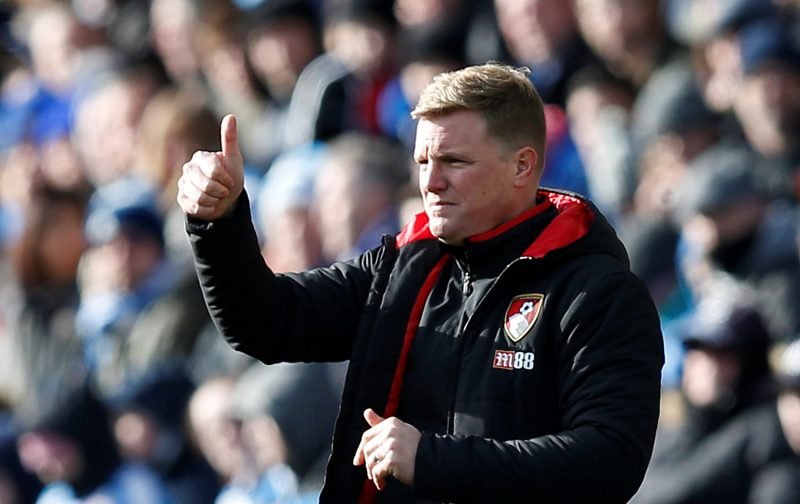 Brent Goulet’s not posted tonight with his alternative view but as I am in his homeland I thought I would. I’ve just read all this for 45 mins having got back in while you lot are all fast asleep dreaming of how to get to Derby’s ground again. Some over-reaction here that is hard to read. Eddie may be flawed and stubborn as a mule but he is our flawed stubborn mule. He dragged us out of despair and we owe him at least one bad season. Calling for his head after what he has done for us is plain wrong.

People are writing about Francis like he brought himself on. He has played outstandingly for this club, played through injuries and been with us on every step of the journey. He didn’t actually play badly either, I didn’t understand why he came on without a formation change but no point in blaming him for that, he also deserves more respect. He isn’t going to get better at his age, only a slow decline but some of the comments on here people wouldn’t say to his face.

We have been here before as well a few times; people saying we haven’t shows the number of recent fans we have. It even happened at the most crucial time of our best ever season in the Championship. In our first season up, when we had a horrific run, it all came together when Eddie switched to King up front on his own and a five man midfield with Gosling coming in and stopped the full-backs barrelling forwards. I’m hoping he is remembering this tonight!

We have to remember we are not a normal club. We are too much built on one dynasty. We haven’t had a revolving door of managers and players used to change the style at the swing of a door. Changing anything here would be the mother of all risks and like all dynasties, while it may fall one day people will only remember that the trains used to run on time and there was no litter in the street. Better the devil you know for sure for me.

So, where from here. Well, if I know one thing from watching Eddie it is that he persists with things that don’t work three or four games longer than he should but there is normally a seminal moment. It sounds like that seminal moment has been reached from reading comments on the interview. His issue is that he has two more games that have zero points written all over them, but that’s no bad thing as the pressure is off and we are better at the moment when teams attack us. That gives him two games to get something right before Burnley, Brighton etc. I am sure he will make changes now.

My own view on what he should do is well documented and bores me so I’m sure it bores you lot. Forget that for a moment though, I don’t care what formation he plays or who plays in it primarily. First and foremost I’d love him to go back to what he does best… going at teams with crazy overloads and dealing with the consequences afterwards. I am sure we will get dicked from time to time but we will polish off the lower sides like we used to with glee. If we are going to go down, and I don’t think we will, let’s go down fighting and thrilling. It’s only a game… let’s enjoy playing it like we used to. Some clubs need to fear relegation because of their history and infrastructure. We don’t…. let’s remember who we are and how we got here.

So, I hope Eddie in his reflection period thinks backwards not forwards.

We all need to remember he needs us more than ever. If you found a partner at 22 who rescued you from a life-threatening situation, straightened you out and gave you the unimaginably best years of your life, children, holidays, a lovely house… say that person got themselves into a slight rut, put on weight, went off sex… you would repay the favour and give them more love than ever before. That’s our role now. Let’s not be the internet equivalent of the seedy middle-aged person who has ditched that partner and is standing in too tight diesel jeans in a night club mouthing the wrong lyrics of AJ Tracey to a 24-year-old who just wants free booze.

I couldn’t agree more, but you probably know that already. Such an intelligent and balanced post. And to continue the analogy of the long term partner, we should be thinking about how we can show our long term partner some love. That day should be Saturday. Let’s show him we are behind him more than ever.

Wise words Neil, twelfth in the Premiership and some are calling for Eddie’s head………….FFS, you entitled *****.

Players out of form, injuries & bad signings are all part of a football club, but would anyone want a Pulis or Allardyce brought in just to try and stay the Premier League……

There are only two reasons we are discussing losing to a Premier League club, and if they left we really are in the ****

Anyway, a good old relegating fight is much more interesting than staying in mid-table……UTCIAD – Join the conversation, click here.